Hillary Clinton and Donald Trump will face each other in the first presidential debate on Sept. 26. The event could be a make-or-break moment for each of them.

For Trump, it will be the first time he’s faced only one debater, and this is likely to provide some challenges, some obvious and others less so.

In the obvious column is the fact that he has little political debate experience. Not only does Clinton have much more debating experience in general, having run for public office before, her recent debates against Senator Bernie Sanders one-on-one will have helped her stay sharp. Less obviously, facing an opponent one-on-one means each debater receives roughly half the focus. This gives Trump more time for talking and, consequently, more risk that he’ll say something that could hurt him.

For Clinton, the obvious challenges will center on how she deals with likely questions concerning her use of the private email server while Secretary of State and other controversies. Less obviously, how she manages her responses to any personal invective lobbed at her by Trump will require delicate handling.

Here are a few things they should each be paying attention to as the date approaches.

1. Stay on-message. Trump’s lack of message discipline is legendary, so he’ll need to make decisions about how closely to hew to his current style, which tends to be peppered with off-the-cuff remarks. To help himself, he should remember the audience will be taking his measure, particularly those watching him on TV or online, and deciding whether he fits their image of President of the United States.

2. Study up. Trump should be undergoing regular tutoring from party experts so that he has at least a surface familiarity with the geopolitical, domestic and social issues of the day. Debates do not go into a lot of detail, but, at this level, with many voters tuning in for the first time, making careless errors will diminish him.

3. Don’t be sexist. This is an Achilles heel for Trump. Given the historic nature of Clinton’s candidacy, the debate will be closely watched for any signs of sexist behavior, attitudes or ideas. On the verbal front, he will have to choose his words very carefully to avoid even the appearance of sexism.

1. Prepare for questions about her email server and speaking fees. These issues are not going away. There are answers that can mitigate the damage that her weak and inconsistent messaging has helped cause. Figure out what they are, test them, learn them, then rinse and repeat.

2. Use a moderate vocal volume. This will be the first time voters will have heard a woman’s voice at this level of a campaign. Unfortunately, the sexist tendency to label women as “shrill” is something Clinton has to keep in mind. Clinton can be firm, direct, and much more expressive without increasing her volume. She must remember that expression and volume are not synonymous.

3. Make direct eye contact. As she did with Sanders, when Trump is speaking, Clinton should be looking at him, particularly when he attacks her. Such nonverbal communication conveys confidence and asserts control, which, in turn, will help viewers to envision her facing down international leaders, most of whom are men.

Focused practice is the key to a winning performance. Good debate prep helps candidates anticipate the likely questions, form answers that advance their cause and inhabit the right mindset by providing a skilled stand-in for their opponent. It’s also critical to remember rehearsal isn’t a one-time thing. It must be repeated.

By Sept. 26, we’ll be only about six weeks from Election Day. Debates are candidates’ final opportunity to speak directly to the largest group of citizens, make their case and, as a result, change perceptions, minds and votes. 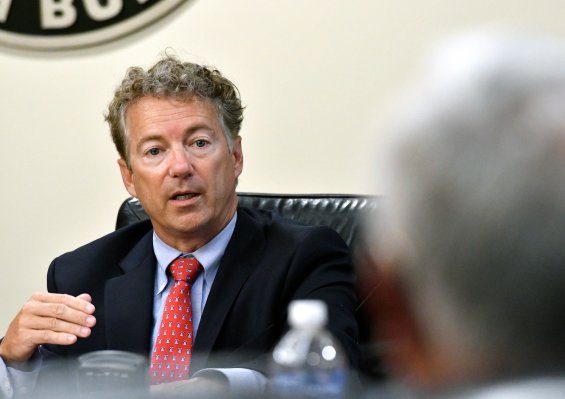 Sen. Rand Paul: EpiPen Scandal Is a Perfect Example of Crony Capitalism
Next Up: Editor's Pick