Gene Wilder Showed That Anxiety Could Be Hilarious—and Tender, Too

Comic madness is wonderful: To watch a character on television or in the movies blow his stack or flip his lid is a kind of safety valve for the stresses of everyday living. But it’s the people who seem accidentally funny who always get us the most, and that was Gene Wilder’s gift. Wilder, who died on Sunday at age 83, hadn’t appeared in a movie or had a major role in television in more than 20 years. But the work he did in the 1970s has not only endured with the people who saw it first time around; it also resonates with younger audiences seeing it for the first time. Wilder’s demeanor was special: Even in his nuttiest roles, he always came off, first and foremost, as serene and sweet-natured—his skin practically glowed with congeniality. But you could also sense a subterranean stream of anxiety rushing quietly beneath—his greatness lies in the fact that he always acted as if he had no clue it was there. And so when Wilder as Dr. Frankenstein—in Mel Brooks’s unhinged work of genius Young Frankenstein, from 1974—begs the gods to give his creation life, his loopy exhortations are like a hymn to craziness. Even at his most comically unhinged, he was beatific.

You could see that quality in role after role, particularly the films Wilder made with Brooks: As the accidentally successful show-biz accountant Leo Bloom in The Producers (1968), Wilder treated his character’s neuroses as a precious thing, a hothouse flower to be carefully tended and nurtured. As liquor-guzzling has-been the Waco Kid in Blazing Saddles (1974), he radiated an aura of dreamy regret, even if he always seemed just about to blow. Even in an essentially non-comedic role, like his breakthrough performance in Arthur Penn’s 1967 Bonnie and Clyde, as the robbers’ hostage Eugene Grizzard, Wilder looks as if he’s nearly bursting with mischievous secrets—and when he finally reveals that he’s an undertaker, the punch line is potent enough to get Faye Dunaway’s superstitious Bonnie to throw him out of the car.

But Wilder, as funny as he could be, was never too obvious. In his starring role in Willy Wonka and the Chocolate Factory (1971), based on Roald Dahl’s adored novel, he was the perfect steward of the author’s tricky mood and tone. His Willy Wonka was gentle and generous but also vaguely malevolent—though only if you were a child bent on misbehaving. And in his marvelous sequence in Woody Allen’s Everything You Always Wanted to Know About Sex * But Were Afraid to Ask (1972), Wilder plays a doctor who attempts to treat an Armenian shepherd—the man has fallen tragically and obsessively in love with his sheep, Daisy. Wilder’s Dr. Ross thinks the shepherd is nuts. Then he meets the sheep. And as he gazes at her adorable, woolly face, the sudden tender lovesickness that clouds his eyes is both hilarious and weirdly touching. Even when he’s playing a guy who’s falling in love with a barnyard animal, Wilder could open a small window into the idea of human fragility, reminding us that we can all have feelings that surprise us. The moment is silly, wonderful, unsettling. That’s what a great comic actor can do. Wilder made that sheep look beautiful—but his face, as he gazed at her, was a hundred times more so, a vision of love and madness rolled into one. 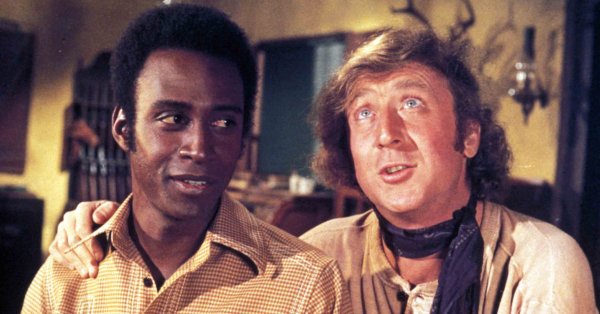