U.S. Will Welcome 10,000th Syrian Refugee Ahead of Schedule

The U.S. will admit its 10,000th Syrian refugee on Monday, a month ahead of the goal the Obama administration set when it sought to receive more refugees from the war-torn country.

National Security Advisor Susan Rice welcomed the 10,000th refugee in a White House statement on Monday. The refugee is among the 85,000 the U.S. will admit this year from countries across the globe.

“This achievement is a testament to the hard work and dedication of employees across the federal government,” Rice said. “Above all, we thank the many generous communities throughout our country that have continued to open their arms to these new neighbors, demonstrating the values that have made our nation great.”

Though the White House is championing the admittance of 10,000 Syrian refugees, the program has been criticized by many on the right, including Republican presidential nominee Donald Trump. The businessman has suggested the refugees coming to the U.S. could be members of the terror organization ISIS. “They are letting tens of thousands of people come in from Syria and nobody knows who these people are and a lot of those people are ISIS,” Trump has said. His Democratic rival Hillary Clinton, on the other hand, has said she’d want to take in more refugees, as many as 65,000.

Monday’s announcement comes ahead of the September United Nations General Assembly session, during which President Obama will convene a summit on refugees. 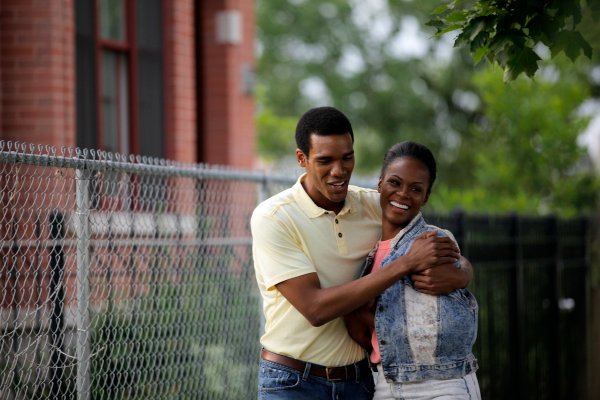 'Southside With You' and 5 Other True Presidential Love Stories
Next Up: Editor's Pick