How the Olympic Legacy Could Hurt Rio's Poorest Citizens

By Diane Jeantet and Caterina Clerici

In 2013, 62-year-old Rio de Janeiro resident Paulo Cezar de Paula and his family were evicted from their home in Rio de Janeiro’s historic port area to make way for five new, 38-stories high Trump Towers. The towers are part of the larger $2.5 billion port renovation plan called Porto Maravilha, which helped the city win its 2009 bid to host the Olympic games and will surely be the Games’ most defining legacy.

The port, where more than 2.6 million African slaves arrived between the 16th and 19th centuries, is the cradle of the nation’s Afro-Brazilian heritage, where samba and capoeira sprung to life. The project’s developers say they have brought investment to a chronically run-down area, which had fallen into disrepair in recent decades.

Critics argue, though, that the development of the port has been badly handled. Land prices in the area have risen up to 400% since 2009, and there is only a flimsy social housing plan for the hundreds of families who have been evicted—and very little concern for the area’s pivotal role in Brazilian history. 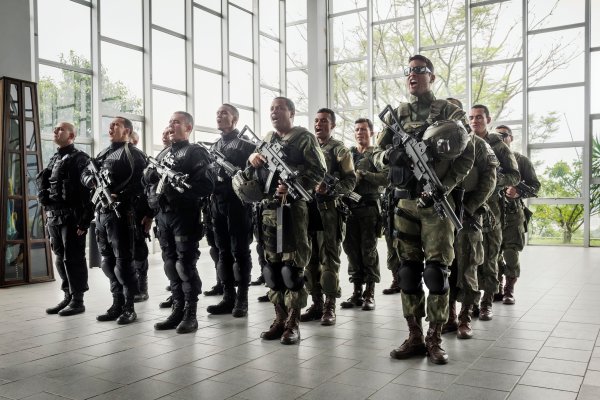 Inside Rio's Elite Police Force
Next Up: Editor's Pick