I'm a Young Black Man and I Support Donald Trump

In the past 15 months, I have found myself supporting four different candidates for President: Rand Paul, Ted Cruz, Bernie Sanders and now billionaire businessman and Republican Party nominee, Donald Trump. As a 14-year-old, I may not be able to vote in this election, but I am deeply invested in its outcome.

Some have ridiculed me for supporting various candidates across the ideological spectrum. In a condescending blog post last December, conservative radio host Erick Erickson accused me of desperately seeking attention, questioned my intellectual capacity and instructed me to “shut up, and go live life.” This reaction makes one thing clear: many people in the “old guard” do not have the slightest understanding of the political philosophies of my generation.

I believe that the future of America is post-party politics. I hope that in 10 to 20 years, the near constant issue of partisanship will be a distant memory.

The shift is already beginning. According to a 2014 Pew Research study, 50% of millennials identify as political independents. In 2004, that number was a mere 38%. Many people in my generation support the person—regardless of political party—who they believe has the capacity and ability to lead. The future and stability of America are far more important than ego and party.

That’s why I’ve decided to support Mr. Trump, and it’s my sincere belief that flocks of other young people will soon follow.

The independent streaks ingrained into the hearts and souls of America’s youth are the cornerstone of the billionaire’s youth appeal. The problems of America’s young folks are far bigger than Snapchat and emojis—undeniable truths Hillary Clinton doesn’t seem to understand. In the coming weeks and months, while Mr. Trump is releasing detailed policy proposals to deal with the issues plaguing young America, Clinton will likely still be doing what she seemingly does best—pandering until she’s blue in the face.

While the past eight years may feel distant to some, the wounds—full of devastation and pain—inflicted by President Obama’s agenda remain fresh.

As a young black male, I’ve seen my community flailing and struggling due to the disastrous impacts of the Obama political agenda, and I refuse to allow the possibility of a Clinton presidency to extend that suffering. After eight years of promises of hope and change, 2 out of 5 black boys and girls live in poverty. Compared to white Americans, African-Americans are more likely to own fewer homes and are more likely to be unemployed.

The policies of the Obama administration have done little to help people of color, yet Clinton has unwaveringly defended them at every turn. In a recent speech in Detroit, Trump pointedly said: “If Hillary Clinton’s goal was to inflict pain on the African-American community, she could not have done a better job.”

Trump’s message to young people of color is simple: what do you have to lose?

In my young optimistic eyes, after the last eight years of the Obama presidency, there is little left to lose. There is only room to do better, and there is only one goal: to make America great for every American. 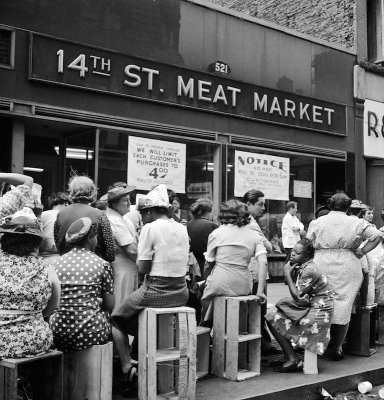 The 'Beefsteak Election': When Meat Changed the Course of American Politics
Next Up: Editor's Pick