Michael Phelps has revealed what song he was listening to when he made the now-iconic #PhelpsFace during the VMAs Sunday night.

“Remember in Rio when I made that face that ended up all over the Internet?” Phelps asked. “I was in the zone with Future’s track, “Stick Talk”, blaring in my headphones.”

Phelps’s intense game face became one of the strongest memes out of the 2016 Olympics, as the internet went crazy for his serious look toward rival, South Africa’s Chad Le Clos as he showboxed in front of him. The Olympian later said he was just concentrating while listening to music.

Phelps said hip hop has given him constant motivation throughout his career, citing Future’s optimism as he introduced him at the awards.

“I might have a lot of gold but this guy’s got all the platinum,” he concluded. 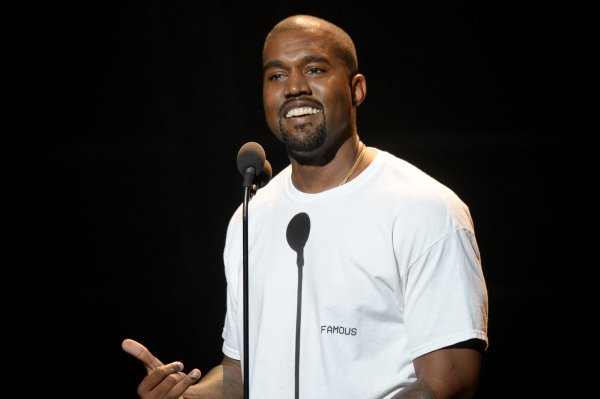 Read a Transcript of Kanye West's 4-Minute Monologue From the VMAs
Next Up: Editor's Pick