Olympic swimmer Ryan Lochte messed up big time when he and his teammates fabricated a story about being robbed at gunpoint at the Rio Olympics, and he’s been paying for it ever since: He lost his endorsement from Speedo and stands to lose millions more. And Sunday night, the entire crowd at the 2016 VMAs laughed as Tonight Show host Jimmy Fallon, sporting Lochte’s bleach-blonde locks and Olympic sweats, took him to task for his lies.

“Is it too late now to say sorry?” Fallon asked, quoting Justin Bieber. “That’s my jam, I wrote that song,” he continued, claiming to have written it, produced it and directed the video. He went on to lay claim to having had a “30-way” with Kanye West, having made Lemonade with Beyoncé and having made all of the videos nominated for best of the year. If he had to say which was the best, Fallon quipped, “I couldn’t tell you even if there was a gun to my head.”

Lochte may not be laughing, but his teammate Michael Phelps sure was. 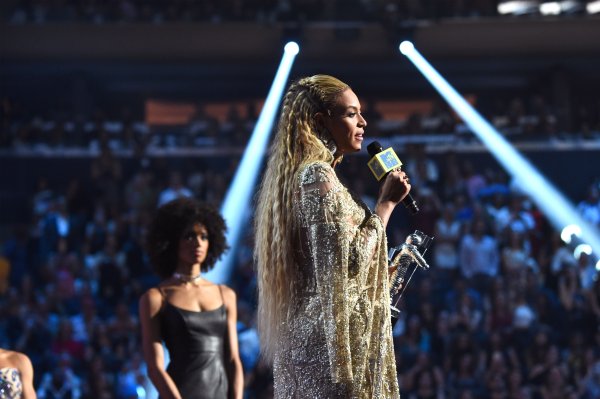 Beyoncé Aside, a Disastrous VMAs Reveals an MTV in Crisis
Next Up: Editor's Pick