Leave it to Kanye West to always up the ante. At this year’s MTV Video Music Awards, the outspoken rapper had six minutes to himself onstage, during which he sounded off on the topic of fame — and debuted a provocative new music video for his song “Fade” from The Life of Pablo.

In the sensual Flashdance-inspired video, singer Teyana Taylor dances suggestively to the driving beat of the track before joining up with her husband, NBA player Iman Shumpert, for some nude action in the shower. The video ends with the oiled-up pair reclining with a baby in a field of fluffy lambs — biblical manger reference, anyone? — and, oddly, Taylor’s face has morphed into a new, feline form.

While the video may not have the incendiary lyrics of “Famous” or feature the naked bodies of Taylor Swift and Donald Trump, it’s still very much NSFW. It’s now on YouTube, but was initially available only on Tidal. 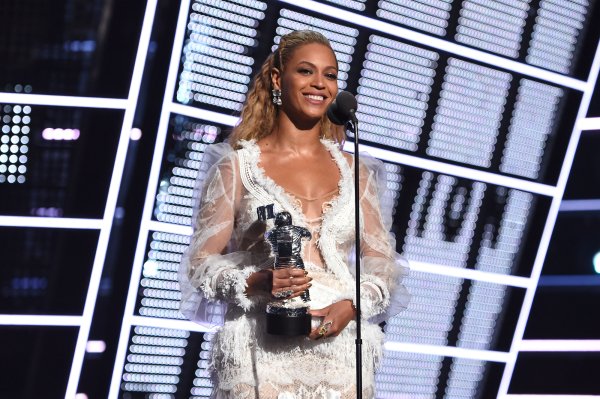 Beyoncé on Top at the 2016 MTV Video Music Awards
Next Up: Editor's Pick