Canadian Men Learn They Were Switched at Birth After 41 Years: 'Lives Were Stolen'

Leon Swanson and David Tait Jr. were born three days apart in 1975 at Norway House Indian Hospital, which was run by the federal government at the time, CBC News reported. The men continue to live in the same community where both were raised, in Norway House Cree Nation in Canada’s Manitoba province.

At a press conference on Friday, officials said each man was raised by the other’s biological mother, according to DNA tests.

“What happened here is lives were stolen,” Eric Robinson, a former member of the Manitoba Legislative Assembly, said at the press conference, according to CBC News. “You can’t describe it as anything less than that.”

Tait, Swanson and their families decided to get DNA tests after two other men recently discovered they were switched at birth at Norway House Indian Hospital in 1975. The Tait and Swanson families had suspected their sons might have been switched due to similarities each shared with the other’s parents, CBC News reported. 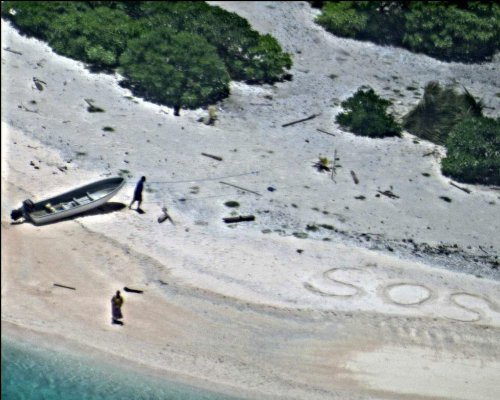 Stranded Boaters Rescued from Pacific Island After Writing 'SOS' in Sand
Next Up: Editor's Pick