(JACKSON HOLE, Wyo.) — The case for raising U.S. interest rates has strengthened in recent months because of improvements in the labor market and expectations for moderate economic growth, Federal Reserve Chair Janet Yellen said on Friday.

Yellen did not indicate when the U.S. central bank might raise rates, but her comments reinforced the view that such a move could come later this year. The Fed has policy meetings scheduled in September, November and December.

“In light of the continued solid performance of the labor market and our outlook for economic activity and inflation, I believe the case for an increase in the federal funds rate has strengthened in recent months,” Yellen said in prepared remarks.

She added that the Fed still thinks future rate increases should be “gradual.”

The Fed raised rates in December, its first hike in nearly a decade, but it has held off further increases so far this year due to a global growth slowdown, financial market volatility and generally tepid U.S. inflation data.

Investors currently see an 18 percent probability the Fed will raise rates at its September policy meeting and a 53 percent chance of an increase in December, according to CME Group’s FedWatch tool.

Yellen’s comments, by failing to lay out a clear roadmap for what the Fed needs to see to raise rates, will likely not convince some investors that a rate increase is imminent, in part because Fed policymakers are seen as sharply divided over whether to increase rates soon or take a more cautious approach.

Yellen was speaking on Friday at a Fed conference on designing new monetary policy frameworks, with central bankers eager to find new ways to stimulate economies even after they have cut rates to near zero and flooded banks with money.

She devoted much of her speech to outlining how the Fed may deal with future recessions now that many economists and Fed officials believe that an aging population and other dynamics appear to be slowing U.S. economic growth over the long term.

Because slower growth means future U.S. interest rates will likely also need to be lower on average, some analysts have suggested that the Fed will have less room to fight future recessions because there will be less room to cut rates.

Such a view is “exaggerated,” Yellen said, because the Fed will be able to use bond purchases and forward guidance to ease conditions. It may also want to explore other options, including broadening the range of assets it can purchase, raising the inflation target, or targeting nominal GDP, she said. (Reporting by Jason Lange and Ann Saphir; Additional reporting by Lindsay Dunsmuir in Washington; Editing by Paul Simao) 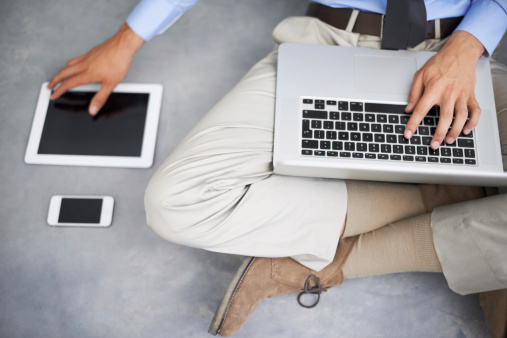 Americans Are Working Harder but Producing Less
Next Up: Editor's Pick