Charlize Theron is getting flack after pictures of her son Jackson surfaced on the Internet in which the four-year-old boy was wearing a dress and a long blonde wig attached to a baseball cap—a costume of the character Elsa from Frozen.

Theron has been very open about her son’s love of princesses. In an appearance on Jimmy Kimmel Live in 2014, she discussed how Jackson’s favorite toy at the time was a Tinkerbell doll. And while visiting his mom on the set of The Huntsman: Winter’s War, Jackson became convinced that Emily Blunt, who starred in the film as the Ice Queen, was actually Elsa from Frozen due to her white hair. “He got really disappointed because he saw me in my sweatpants one day with the white hair on.”

But some people didn’t find her son’s princess fandom sweet, instead tweeting racist messages to the actress:

Others stuck up for Theron’s parenting choice and criticized the backlash as hyper-focused on gender stereotypes.

Charlize Theron has still not responded on social media to the comments about her parenting. Hopefully the trolls never bothered her anyways. 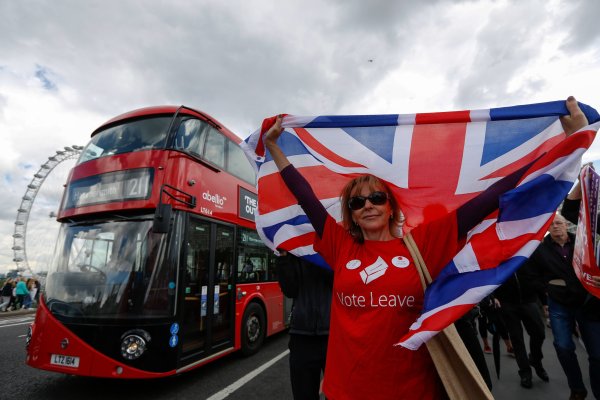 Why Britain Has No Women's Equality Day
Next Up: Editor's Pick