College Coach Says He Was Fired For Reporting Sexual Assault

Decorated wrestling coach Timothy Fader has filed a lawsuit against the University of Wisconsin-Whitewater accusing the school of firing and defaming him for reporting a rape accusation in 2014.

According to The Daily Beast, Fader called the police immediately after getting a call from a mother who claimed her daughter was assaulted by a potential wrestling recruit. “The coach eventually learned that Whitewater cops declined to charge the man,” The Daily Beast reports. “But three weeks later, interim athletic director Amy Edmonds called Fader into her office and warned, ‘We could both lose our jobs over this,’ court papers say.”

The 2014 case wasn’t Fader’s first time reporting an assault. According to the New York Post, he notified the university that a student had been sexually assaulted, but he says the school never documented it.

Fader claims he was pressured to resign before the university refused to renew his contract. He also says the school gave poor reviews to potential employers and sent a letter to the community which implied that Fader himself had committed the crime.

He told The Daily Beast that a community member asked him if he sexually assaulted someone. “It’s excruciating to hear that… to somehow be attached to the sexual assault,” Fader said.“I have a full-time job now, I have a job I’m very passionate about… but we all feel this [lawsuit] is something that should move forward,” the coach added. “It could possibly help someone else down the line, or at least prevent it from happening again.”

Read more about the case at The Daily Beast. 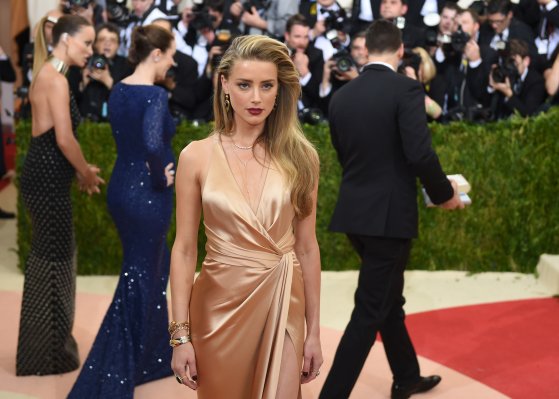 Amber Heard Asked Johnny Depp To Donate An Additional $7 Million to Charities
Next Up: Editor's Pick