France’s highest administrative court has stopped a town in France from banning the wearing of the burkini, a ruling expected to set a precedent across the country.

Arguments centred on the seaside town of Villeneuve-Loubet near Nice, although around 30 other municipalities also introduced a ban on the full-body swimsuit worn by some Muslim women. The State Council upheld a challenge by human rights groups, which argued that the ban in Villeneuve-Loubet infringed personal freedoms.

The court said on Friday that the ban “seriously, and clearly illegally, breached the fundamental freedoms to come and go, the freedom of beliefs and individual freedom.”

The lawyer representing one of the two human rights groups that challenged the ban’s legality at Conseil d’Etat says mayors who banned the swimwear must conform to Friday’s decision, Associated Press reports. However, the mayor of the Corsican town of Sisco told BFMTV that he won’t lift the ban despite the ruling regarding the town of Villeneuve-Loubet.

The suspension in Villeneuve-Loubet comes before the court takes more time to prepare a definitive ruling on the underlying legality of the case, reports the Guardian.

The bans follow a series of deadly attacks by extremist Muslims in France. It drew anger internationally following images showing French policemen appearing to make a Muslim women remove her tunic on a beach. Human rights activists have argued that prohibitions on burkinis are illegal and Islamophobic.

“French authorities must now drop the pretence that these measures do anything to protect the rights of women”Amnesty International’s Europe Director John Dalhuisen said in a statement following the suspension. “Invasive and discriminatory measures such as these restrict women’s choices and are an assault on their freedoms of expression, religion and right to non-discrimination.”

France has been ridiculed around the world, with commentators pointing out that similar clothes such a nun’s habit or a neoprene swimsuit are not banned. 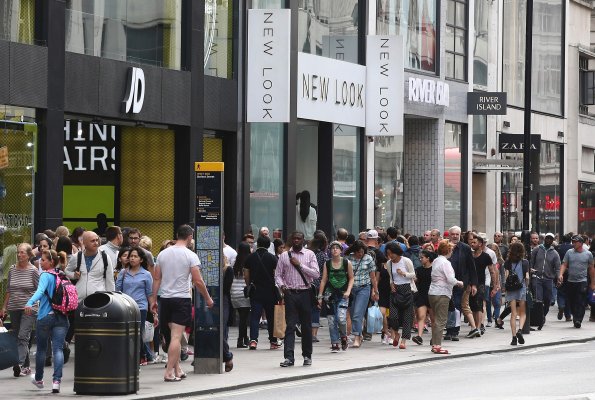 Britain's Economy Shrugs Off 'Brexit' Impact, for Now
Next Up: Editor's Pick