Why Britain Has No Women's Equality Day

Friday Aug. 26 is Women’s Equality Day in the United States. It commemorates the signing into law of the Women’s Suffrage Amendment in 1920. We don’t mark a date for women’s suffrage in the United Kingdom. Yet there are several possible dates. On June 7, 1866 the long journey to women’s votes began with the presentation of the first petition to parliament. Feb. 6, 1918 is the date of the first extension of suffrage to some women, and ten years later on July 2, 1928 we see the granting of universal suffrage. So why don’t we celebrate any of these dates as a national day here?

It is a difficult question to answer but I think part of it lies in the invisibility of women in our history even after they were finally given voting rights. We will let you vote but drawing attention to it, well that’s a bit unseemly isn’t it? Celebrating women’s suffrage as a national day would mean conceding that the participation of women in our democracy isn’t only about women’s rights and voices but the greater wellbeing and good of our society. Something we should all celebrate. As Millicent Fawcett herself said “…Justice and freedom for women are things worth securing not only for their own sakes but for civilisation itself.”

If you think I’m exaggerating then reflect on the battle fought to get one (only one) woman on to a U.K. bank note, or the lack of women on the newly-designed U.K. passport. Or the fact that so few women in our history are commemorated with a statue in a public place. Parliament Square in London for example has eleven statues of men, none of women. There is now an active campaign to put this right with a statue of Millicent Fawcett in Parliament Square. But what it tells me is that the ability to screen women out, to overlook, disregard, dismiss or just not notice runs deep in our society and in the establishment. So deep that we are all conditioned to not even question it.

At the Fawcett Society we have been running a project engaging younger women and found that they felt somehow cheated by their education. “We were told women got the vote then we were all equal. But it’s not like that is it?” said one. With a gender pay gap of 18%, 54,000 women each year experiencing pregnancy discrimination and two women each week dying at the hands of a partner or ex-partner, no, she’s right, it’s not like that. And such is the lack of faith in our democracy many women, particularly younger women, see no point in exercising the right to vote which was so hard-won by suffragists and suffragettes. That is a tragedy that we must all address.

So should we have a Women’s Equality Day in the UK? Perhaps we should have our first to mark the centenary of women’s votes on Feb. 6, 2018? It would give us all pause for thought. Not least because it begs the question, why don’t we have it already?

Sam Smethers is the Chief Executive of the Fawcett Society, a British gender equality group, named after Millicent Fawcett, a British advocate of the right of women to vote who died in 1929 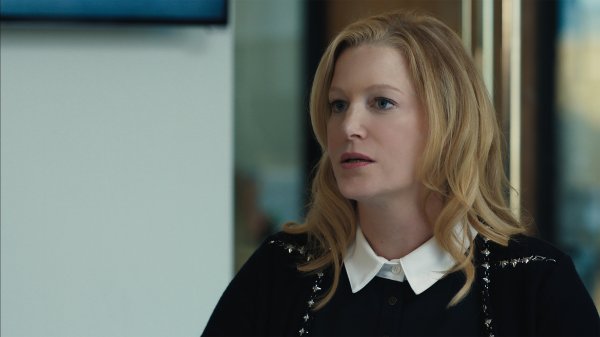 How Women In Finance Inspired Me to Make a Movie
Next Up: Editor's Pick