Passengers Trapped On Train After Woman Throws Cartons of Bugs

Most subway cars pass over the Manhattan Bridge, as pictured here, without cricket incidents.
Terraxplorer—Getty Images/iStockphoto
By Julia Zorthian

A woman trying to sell live crickets and worms on the D train in New York City Wednesday night set off a chain of events straight out of a commuting nightmare.

While the woman asked subway riders whether they would like to buy any insects, she was allegedly pushed by teenagers, the New York Post reports. Upset, the woman tossed her box into the air, sending worms and crickets across the car.

People were screaming and trying to avoid the bugs when someone pulled the emergency brake. The train then stopped on the Manhattan Bridge and the air conditioner shut off, leaving passengers unable to escape the insects and the August heat.

“It was pandemonium…It was the craziest thing I’ve ever seen on a train,” Chris Calabrese, 29, told the Post. “Everyone had crickets on their arms. My girlfriend was crying.”

After 30 minutes, the train continued to the next station, where it was met by dozens of police officers. The MTA told the Post that security removed the woman selling bugs from the train. 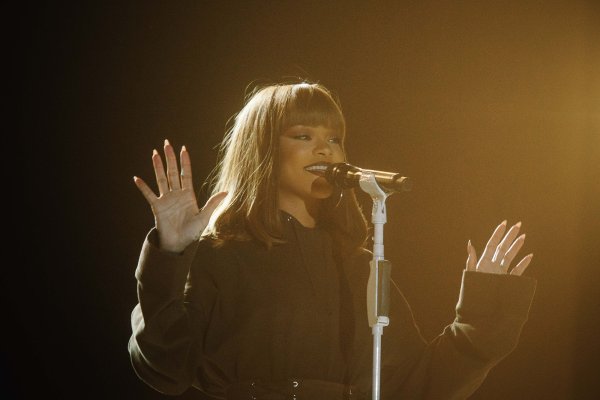 This Artist Is Morphing Real-Life Goddess Rihanna With Greek Deity Aprhodite
Next Up: Editor's Pick