US House representative (AZ) Raul Grijalva speaks during Day 1 of the Democratic National Convention at the Wells Fargo Center in Philadelphia on July 25, 2016.
Robyn Beck—AFP/Getty Images
Ideas
By Rep. Raúl Grijalva
Grijalva is a U.S. Representative for Arizona.

Recent news of Aetna’s departure from most Affordable Care Act marketplaces sent shockwaves throughout our country. One of the places the impact was felt most strongly was my home state of Arizona, where nearly 10,000 people in Pinal county may be left without a single marketplace plan. News that Aetna had threatened in advance to leave the exchange system if it didn’t get its way in a merger deal is infuriating for Arizonans who are now completely vulnerable as a result of their ploy. It highlights the systemic problems of relying on only for-profit insurers to supply our nation’s health care, and re-opens the debate surrounding a public option for health care.

The Affordable Care Act was continually debated and exhaustively scrutinized before President Obama finally put his pen to the landmark legislation in 2010. The process was thorough, but it was far from complete. Many people involved in the negotiations—myself a main proponent—argued for the inclusion of a public option within the system. Six years later, the public option remains as necessary to a functional system as it is absent from the actual law. We must fix this.

Since 2009, the arguments that I and others made have played out in real life. We said then that we needed a public option to create competition in the market place, help control cost and provide choice to consumers. The same is true today but now there is an even greater case for a public option—the need for added stability. With an assured public option, regulators will not be left to bow to demands of the private insurers like Aetna’s merger threat. It would also free consumers from the fear of backsliding to our old system that forced uninsured people to hunt for affordable coverage on their own. On top of that, the Congressional Budget Office continues to tout billions of dollars in savings from a public option as administrative cost and premiums are estimated to be lower. And perhaps most important, consumers will not be forced to buy private insurance.

Some Republican critics point to unrelated shortcomings of the Affordable Care Act as reason not to invest in improvements like a public option. The recent downfall of many Consumer Operated and Oriented Plans (Co-Ops), which had been included in the law to allow non-profit organizations to compete in the health-care marketplace, is being masqueraded as the inevitable outcome of any addition to the law. What these critics fail to mention is that the Co-Ops were intentionally sabotaged by Congressional Republicans who froze their funding in a must pass omnibus bill.

Deliberate sabotage and disingenuous arguments aside, comparing a public option to Co-Ops is akin to comparing apples and oranges. Many of the tiny Co-Ops struggled from the beginning to break into the market to compete against ‘big insurance’ that has perfected the business of making the most profit with the least work. Fortunately, a public option would not suffer this fate; by its very nature, the private market would have to respond to a public option’s presence—not vice versa.

As significant an improvement as it would be, a public option is still not a save-all for our health-care system. If implemented swiftly and broadly, it would create nearly instantaneous stability for the Affordable Care Act and thousands of consumers. However, it would not fully address the long-term problem of the for-profit nature of our health insurance system. Insurance companies, which by their very existence, must put profits above all else, will continue to disrupt and ration services when they must to make an extra dime.

That’s why implementation of a public option, as necessary as it is, will only be a first step towards removing profit motives from our health system. We need a serious discussion in both Congress and in our communities about the feasibility and benefits of expanding and improving Medicare to serve many more people in this country. Medicare operates more efficiently and has far lower overhead then private insurers. According the latest trustee report per-enrollee, Medicare spending growth has averaged 1.4% from 2010 to 2015, while overall health expenditures per capita growth is nearly three times that. Expanding Medicare to a younger, healthier population could create many benefits to the current program and future beneficiaries.

As we see the continued failures of private insurance to provide stable, affordable and quality care to the American public, there comes a time when we must say “enough.” We can’t continue down this dangerous path while the risks are so high. We must act now to implement a public option and we must talk seriously as a nation about the need to transition our system away from the mercy of care-for-profit. 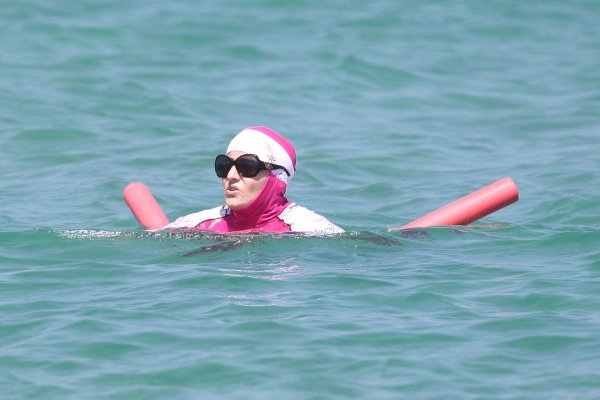