The French Embassy in London was the scene of an impromptu beach party Thursday with a sand-pit, deck chairs and around fifty sign-toting campaigners protesting a ban of the full body “burkini” swimsuit in several French towns.

The “wear what you want beach party” protest was staged as France’s highest administrative court, the State Council, is set to rule on whether the bans are legal. Piles of sand were dumped outside the embassy’s grand stuccoed exterior, with children and women playing as police officers holding semi-automatic rifles looked on.

One of the protest’s organizers said she was galvanized by images published on Tuesday of a headscarf-wearing woman being forced by armed police to remove a tunic on a beach in France. “I felt physical sick and incredibly frustrated,” Esmat Jeraj said. “[We] are really angry that you have a state supporting the idea that armed police can come along and ask you to remove your clothes in public and dictate what you should or shouldn’t wear.”

Around 15 French towns have banned the outfit mainly worn by Muslim women this summer, with around 24 women being stopped in Nice since the ban came into force, reports the Guardian. As with France’s ban on headscarves, supporters argue that the burkini goes against the deeply-held French principle of laïcité, or secularism, which is enshrined in the country’s laws.

Anglican priest Jenny Dawkins, who decided to take part in the protest after seeing the “chilling” images of the woman in Nice, calls it a weak argument. “I guess [the bans] are under the guise of secularism, that clothes expressing a religious view in a secular society is not acceptable,” Dawkins told TIME. “Whatever creed leads to somebody being isolated and intimidated to take their clothes off is not a creed I subscribe to.”

French national Bernice Schramm— who was wearing a DIY burkini consisting of a hat, leggings, a shawl, swimsuit and an over-shirt— added that the bans were the result of a “systematic state policy of Islamophobia.” France’s minister for women’s rights Laurence Rossignol has argued that the burkini is a symbol of fundamentalist patriarchy; but protestor Yasmin Basith, who is Muslim, said it is the ban that is sexist not the burkini.

“I don’t think they understand that we do it out of choice … we want to be modest,” Basith said. “What the French government is doing is oppressive… I think it is so hypocritical because they are a country that say ‘égalité, fraternité’ but they don’t let women wear what they want.”

The ban follows a series of devastating terrorist attacks on French soil, the latest being the execution of a priest in Rouen in July. According to the Guardian, Nice’s ban refers to garments that “overtly manifests adherence to a religion at a time when France and places of worship are the target of terrorist attacks.” But 26-year-old organizer Jeraj says it is deeply offensive to link Islam with acts of terror. “The war on terror should never begin in a woman’s wardrobe. The idea that it is happening is absolutely ludicrous and absurd.”

There is, however, widespread support for new restrictions. According to a poll released on Wednesday by French pollster IFOP, 64% of those surveyed were in favor of it. “It does look like the vast majority of France support that ban,” Jeraj said. “I think we are going to have a conversation to discuss what is the best way forward. It is very important that women in France, women in Britain, women across the world take this issue up because it is about eroding civil liberties.” 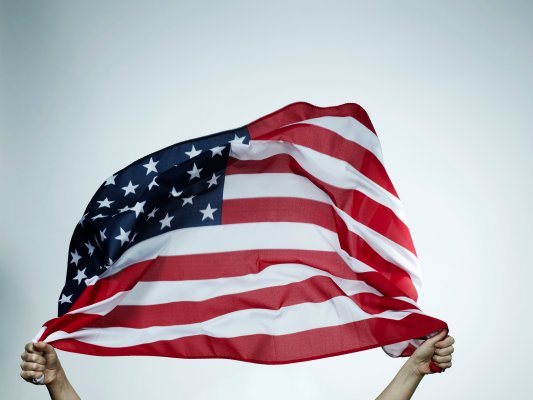 These 5 Facts Show Things in the U.S. Aren't as Bad as They Seem
Next Up: Editor's Pick