Better Call Saul actor Bob Odenkirk confirmed a long-rumored show secret during his Jimmy Kimmel Live! appearance Wednesday night. For months, fans have speculated that there’s a message hidden in the first letters of the season 2 episode titles, which spell out “Fring’s Back.”

“I’m looking for him,” Odenkirk said. “He’s coming back.” Characters from Breaking Bad have occasionally appeared on spinoff Saul.

Now that the “cat’s out of the bag,” Odenkirk added, “I imagine he’ll be in the first moment…Let’s go.” 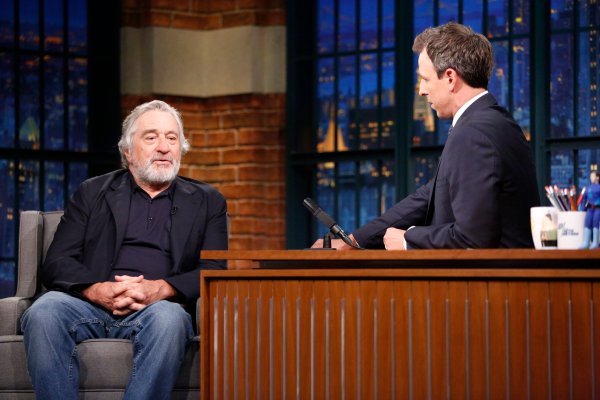 Watch Robert De Niro Reveal the Only Actor Who Made Him Nervous
Next Up: Editor's Pick