Sexism Is Over? Give Me a Break.

Here’s a number that might come as a surprise: According to a Pew Research survey released in August, most American men—56%—think sexism is over and done with. More than half believe that “the obstacles that once made it harder for women than men to get ahead are now largely gone.” As in disappeared. Past tense. Ancient history.

Of course, most women—63%—disagree. So might anyone who has been paying attention to the details emerging from the lawsuits and allegations from women currently and formerly at the Fox News network. One plaintiff described an environment run like a “sex-fueled, Playboy Mansion-like cult” under former Fox chairman Roger Ailes, who resigned in July amid accusations of sexual harassment and suggestions that he fostered an atmosphere where women were judged by looks and pliability and where men weren’t judged much at all.

The Fox News suits and settlements will drag on, and we’ll hear more stories that make us want to skip ahead 100 years to some point where this primitive behavior is considered … primitive. But the network’s scandal is hardly the worst story of the summer when it comes to women in the workplace. Consider the National Park Service, which celebrated its 100th birthday as “America’s best idea” while dealing with a sexual-misconduct crisis. Women reported being groped and propositioned by male National Park Service employees on trips into the parks, and if they rejected the advances, they were subject to verbal abuse and other kinds of bullying. The practice is apparently so widespread that Secretary of the Interior Sally Jewell admitted in July on NPR that the allegations that have surfaced are likely only the “tip of the iceberg.” “For many of us who’ve been in the workplace for a long time, we’ve experienced some form of sexual harassment,” she said, “hazing rights of passage that have made us really uncomfortable.”

It’s no better at the local firehouse. This summer a number of fire departments are coping with allegations that the few women in their ranks are routinely bullied and harassed. After a young Virginia firefighter hanged herself earlier this year, the Fairfax County fire department began looking into lewd and misogynistic messages posted by her colleagues on an online forum. Other female firefighters across the country have reported that they’ve had their shampoo bottles filled with urine, semen put on their bunks and holes cut in their clothing. As a result of such behavior, fire departments have paid out hundreds of thousands of dollars to women in the past five years, but changing the firehouse culture remains a challenge.

Then there’s the softer side of sexism. The Summer Olympics are always a test—for both the competing athletes and the captive viewers who must contend with commentators who compared U.S. gold-medal gymnasts to girls hanging out at the mall or who credited a Hungarian swimmer’s coach-husband for her world-record-breaking win. We could dismiss the fuss over those verbal slights as political correctness. They’re just words, after all, not physical harassment or predatory behavior.

But words matter too, as Sam Polk, a former Wall Street bond trader, pointed out recently in the New York Times. Polk wrote an op-ed arguing that the way men talk among themselves about women has a tangible effect on how women are treated at work. He notes that men bond by objectifying women, often referring to them as objects. As in: “I’d like to get behind that.” It’s hard to imagine calling someone that in any other context: “That is going to the store.” But speaking out could be a career killer, so the boys’ club is perpetuated. “When you create a culture where women are casually torn apart in conversation,” Polk writes, “how can you ever stomach promoting them, or working for them?”

One early benefit of the Fox scandal is that it may encourage other women to come forward. According to a 2015 Cosmopolitan survey, 71% of women said they did not file complaints about sexual harassment, likely because they feared appearing difficult or “too sensitive.” And they worry about retaliation and job security. Donald Trump suggested in July that his daughter Ivanka would never put up with sexual harassment—she’d just find another career or another company. But it’s a lot easier to be tough if you don’t need the job. 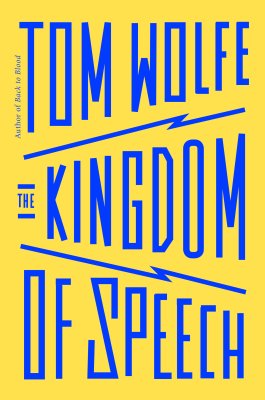 Talk May Be Cheap, But It's Humanity's Best Asset
Next Up: Editor's Pick