The Benefits of Friendship With Hillary Clinton

Foundation donor S. Daniel Abraham (above, welcoming then Senator Clinton to a talk at Princeton in 2006) met with her when she was Secretary of State
JOSE F. MORENO—ASSOCIATED PRESS
By Sam Frizell

The crown prince of Bahrain is not Hillary Clinton’s friend, at least not in the way most people use that word. Nor is he particularly friendly with Huma Abedin, a top Clinton deputy, or the co-founder of the Clinton Global Initiative Doug Band.

And yet for some reason, in June 2009, Band wrote an email to Abedin asking for a meeting between the Secretary of State and Salman bin Hamad bin Isa al-Khalifa. “Good friend of ours,” Band said of the crown prince. Abedin, who would later work for Band’s consulting firm while still drawing a public salary at the State Department, promptly set up an appointment with Clinton three days later.

At that point, Salman had already announced he would fund a scholarship program through the Clinton Initiative, to which he would commit a total of $32 million, in addition to a direct gift to the Clinton Foundation from his kingdom for more than $50,000. The State Department said at the time that Clinton and the crown prince discussed Middle East relations, and Clinton’s campaign says such donations played no role in speeding the meeting at the State Department. “Hillary Clinton never took action as Secretary of State because of donations to the Clinton Foundation,” says spokesman Josh Schwerin.

But Clinton and her staff, not to mention the staff of former President Bill Clinton, did have many friends. And with some of those friendships came privileges, and often seven-figure purse strings. A review by the Associated Press found that more than half the private individuals whom Clinton met with while at the State Department, according to publicly available records from the first half of her tenure, had donated to the foundation. That’s 85 of the 154 people outside government, not including donors like Salman, who was a foreign official.

Friendship, for the Clintons, has always had a broad definition. The Democratic nominee often describes her family’s biggest lifetime donors as her closest friends. And the feeling is often mutual. One man she calls “my dear friend,” S. Daniel Abraham, is a major donor to Clinton campaigns and the foundation, and has met frequently with both Clintons over the years to discuss his favorite cause of finding peace in Israel. In an interview with TIME, he said the millions he has given to the Clintons’ efforts do not influence their relationship. “It was what you’d think,” he said, of his meetings with her at State. “I am a friend of theirs, and they are a friend of mine.”

Having friends with financial benefits is not a crime. In the 2010 Citizens United decision, the Supreme Court ruled that both “ingratiation and access” were “not corruption,” absent other official acts resulting from donations. As a State Department spokesman put it, after the conservative group Judicial Watch forced the release of more emails through the Freedom of Information Act, “This was simply, you know, evidence of the way the process works.”

But the perks of Clinton friendship do conflict with the central promise of her campaign, to take on the corruption of Washington and fight every day on the side of working people. “Democracy can’t be just for billionaires,” she has said.

Even if Clinton is elected President, the former First Couple has decided to continue operating the Clinton Foundation, though under a new arrangement. Foreign and corporate donations will be banned, Bill Clinton will step down from its board, and the Clinton Global Initiative will stop holding annual meetings after this September. But the Clintons’ sole heir, Chelsea, is expected to remain involved, benefiting from a major fundraising effort for a foundation endowment that Hillary led in 2014.

There is no sign that a President Hillary Clinton would make adjustments to her social circle. As news of the latest emails broke, she attended a $50,000-per-person fundraiser at the Beverly Hills home of Haim Saban–whom Bill Clinton has called a “very good friend”–where she later spent the night. Saban and his wife have given more than $10 million to Clinton campaign efforts this season and more than $10 million to the foundation. Her campaign said she spoke at the event about the ways in which “everybody plays a role in creating America’s future.” 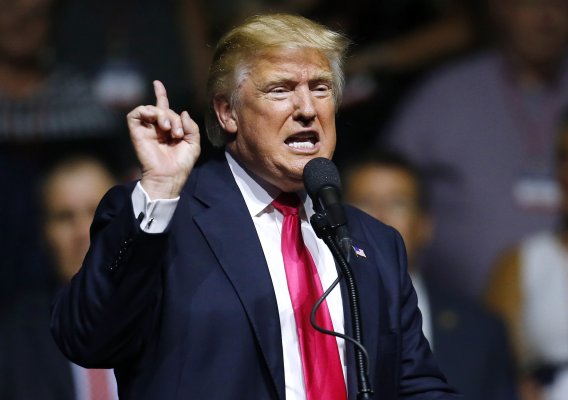