A search and rescue team in New Zealand found a Czech woman alive Wednesday in a remote mountain cabin after her partner reportedly fell and died on a hiking trail, leaving her stranded for one month.

The couple, which police described as being in their late 20s to early 30s, began their hike on the picturesque Routeburn track in the country’s South Island on July 26. Two days later the man reportedly fell down a steep slope and died from his injuries shortly after, the Guardian reports.

The woman, who has not been named, then spent three nights in the wilderness before finding an unmanned warden’s hut with supplies of food, firewood and gas. She told police that she was unable to leave the cabin because she was injured herself and there was heavy snowfall. She also said no other hikers passed the cabin in the month that she was there.

“This is a highly unusual case,” said the Otago Lakes central area police commander Inspector Olaf Jensen. “It is very unusual for someone to be missing for such a long time in the New Zealand bush without it being reported.” Authorities were alerted to the missing couple only last week when the Czech Consulate raised the alarm.

Intermediate hikers can typically walk the Routeburn track in about two to four days.

Police are currently working to retrieve her partner’s body. 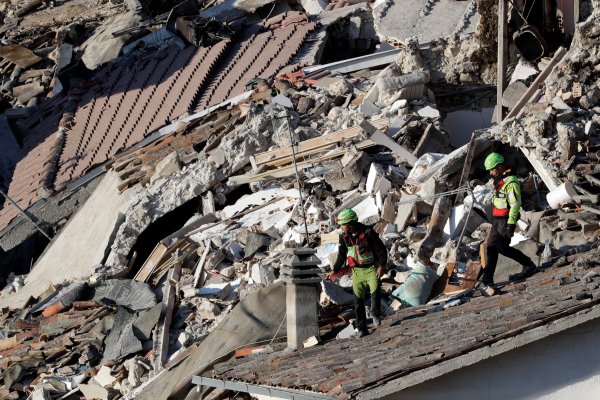 Rescuers Search for Survivors
Next Up: Editor's Pick