Donald Glover on Those Lando Calrissian and Spider-Man Rumors

30 Rock and Community vet Donald Glover’s star is on the rise. Along with creating and starring in his own FX show, Atlanta, which premieres on Sept. 6, he’s making the jump to the silver screen. Last year, he enticed in Magic Mike XXL and helped send Matt Damon home in The Martian. Now, he’s been cast in Spider-Man: Homecoming as an undisclosed character and is rumored to be the first choice for Lando Calrissian in the young Han Solo spinoff of the Star Wars franchise.

During an interview about tackling race, class and identity in Atlanta, Glover talked about the rumors surrounding his possible roles in two of the biggest blockbuster franchises.

You off-handedly tweeted you would like to play Peter Parker back in 2010, setting off an Internet campaign to win you the role. The fallout led to a conversation about the lack of diversity in superhero movies. What was it like after all that to be cast in this new Spider-Man movie?

The Internet is a strange box. It was weird to see that full circle. I only did it because I thought it was a cool role. I’m never going to do something just because. I’d rather take a risk, at least right now when I can still do that. It’s just weird.

The movie was fun to shoot. I’m glad I got the opportunity. You don’t want it to feel like some sort of affirmative action. This wasn’t that at all. I know the director, he’s doing a really good job and good ideas.

I saw the teaser at Comic-Con. I was like, “Oh, it’s a John Hughes movie.”

Yeah, people just miss Spider-Man being a kid. That’s what’s really fun about it. It helps you remember how it was to be a teenager.

And they haven’t announced your role in that movie yet?

Okay, stop me if there’s anything you can confirm. There have been rumors that you will be in the Han Solo spinoff.

Yep. There are rumors.

How do you feel about the Star Wars franchise?

I mean, I grew up on it. My dad was a big fan. I had all the toys when I was little. I had a Darth Vader with the lightsaber he has. It was cool. It’s a dynasty. It’s like the bible. I love that franchise. 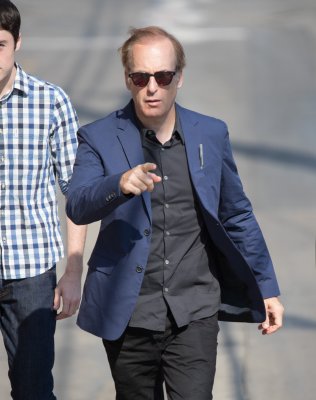