Donald Trump Compares His Campaign to Brexit During Mississippi Rally

Donald Trump drew a parallel between his campaign and the Brexit movement during a campaign rally Wednesday, saying that a vote for him represents independence from a “rigged system” while bringing U.K. politician and Brexit leader Nigel Farage on stage.

“Working people and the great people of United Kingdom took control of their destiny,” Trump said at the Mississippi rally before bringing Farage, the outgoing leader of the U.K. Independence Party, to the stage.

The British politician pointed out that “the parallels are there” between the upcoming presidential election and the decision for the U.K. to leave the European Union. “I come to you from the U.K. with a message of hope and a message of optimism,” Farage said. “We made June 23 our independence day when we smashed the establishment.”

Farage then turned his attention to President Barack Obama’s April visit to England, saying the President “talked down to us. He treated us as if we were nothing.”

After the U.K. voted to leave the E.U. in June, Trump flew to Scotland and gave a speech where he spoke of “a parallel” between U.S. voters and the Brexit referendum. 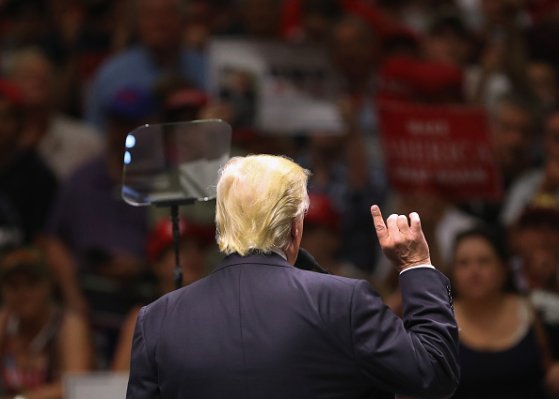 This Super PAC Airs Ad in Florida Every 15 Minutes
Next Up: Editor's Pick