Blame Your Genes For Your Coffee Addiction

Some people can’t start the day without a piping hot cup of coffee (or two, or three). Now, scientists have identified a gene that may explain why some people drink more coffee than others.

By looking at populations of people in villages in Italy, researchers conducted a genome-wide association study in which they examined markers in DNA and identified a gene called PDSS2 that could play a role in caffeine metabolism. In the study, which was published Thursday in the journal Scientific Reports, the researchers asked more than 1,200 people in Italy how much coffee they drank and compared their consumption and genetic results to another population of 1,731 people in the Netherlands.

They found that people with greater expression of the PDSS2 gene also reported drinking less coffee. The gene is thought to regulate the production of proteins that metabolize caffeine in the body, the study authors report. “The hypothesis is that people with higher levels of this gene are metabolizing caffeine slower, and that’s why they’re drinking less coffee,” says study author Nicola Pirastu of the University of Trieste in Italy. “They need to drink it less often to still have the positive effects of caffeine, like being awake and feeling less tired.”

The study isn’t the first to link genetics to a propensity to drink more or less coffee. An October 2014 study analyzed the genes of more than 120,000 coffee drinkers and found six genetic markers that were associated with a person’s responsiveness to caffeine, as TIME reports.

“Coffee, at least to some degree, is protective of some diseases and it may predispose to others—it’s kind of controversial,” says Pirastu. “So understanding what is driving this and how we make food choices is very important.” Coffee has been linked to a variety of health benefits like healthier arteries, a lower risk of type 2 diabetes and potentially even a longer life.

Pirastu adds that one of the pathways in the body that metabolizes caffeine also metabolizes some medications. “Knowing the genotype of this gene may [also] explain why people react differently to different drugs,” he says. 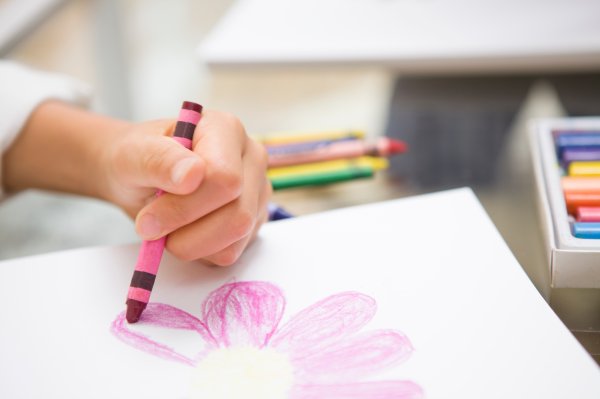 Why Are Some People Left-Handed?
Next Up: Editor's Pick