Khal Drogo hasn’t been in an episode of Game of Thrones since the season two finale, but when Jason Momoa — who played the Dothraki warlord — posted an Instagram Saturday with showrunners David Benioff and D.B. Weiss, fans immediately began to speculate that his character could be returning.

Benioff and Weiss are currently in Ireland for pre-production of Thrones’ seventh season, fueling rumors that Momoa was meeting with them to discuss rejoining the cast.

Of course, since Drogo already made one post-mortem appearance when he came to Daenerys during her vision in the House of the Undying, it’s entirely possible he could return in a similar manner in season seven as his former wife finally makes her way to Westeros.

“Cheeeeehhoooooooooo. [At] Guinness in Ireland. Drinking mothers milk With my brothers [Brian Andrew Mendoza,] dan and david,” the 37-year-old actor captioned the photo. “Love ya GOT greatest show on earth ALOHA DROGO.”

However, it seems more likely that Momoa is visiting Ireland mainly to tour the Guinness Brewery in Dublin, as he has posted several pictures of himself doing just that since his G.o.T. reunion. 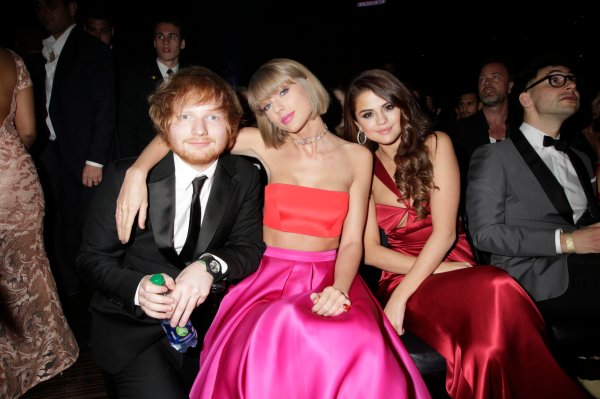 Apparently Everyone Wants to Sit Next to Taylor Swift at the MTV Video Music Awards
Next Up: Editor's Pick