The earthquake, which affected small towns such as Amatrice, Accumoli, Posta and Arquata del Tronto, killed at least 120 people, according to the Associated Press. About 150 people are feared missing.

The footage taken in the wake of the earthquake shows roofs caved in, building rubble in the streets and collapsed homes through Amatrice and Castelluccio Di Norcia.

Buildings affected by the earthquake have not held up well. A significant part of Amartice, located near the quake’e epicenter, has been reduced to rubble.

“Half the town is gone,” Amatrice Mayor Sergio Pirozzi said on Wednesday. 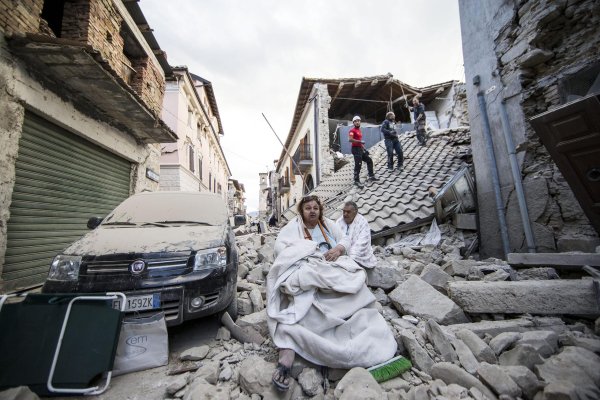 See the Aftermath of the Earthquake in Italy
Next Up: Editor's Pick