You Don't Need That Bag You're Using

The life of a bag.
Getty Images/iStockphoto
Ideas
By Nate Hopper
Hopper is a former Ideas Editor for TIME.

You used a plastic bag today, if it was an average day and you’re an average American. According to the Earth Policy Institute’s research from 2014, Americans use about 100 billion plastic bags annually, which is just shy of one bag per person per day. Add to that paper bags and you almost certainly used a disposable bag of some kind.

There are reasons, some of which are environmental. As Adam Sternbergh reported in New York in 2015, “[Plastic bags have] become a target for anyone who’s generally concerned that we’ve reached a point in human history when manufacturing a brand-new item that’s intended to be used for, on average, 12 minutes, then discarded to linger more or less forever in a landfill, seems like a totally routine thing to do.” Paper bags, meanwhile, take up more landfill space (but do decompose) and also involve killing trees and an energy-intensive, pollutive manufacturing process. (An addendum to not needing a plastic bag, through this lens, is that if you do need a plastic bag, try hard to recycle it.)

An extrapolative reason on that slant is that single-use culture—as seen in this sphere also in utensils, napkins, towelettes—is among the lowest forms of human innovation and through its relation to non-renewable resources may prove that humankind’s mindless laziness will at least in part lead to its extinction.

Another reason is that it could cost you money. This is a good reason—so good that in the first six months since England instituted about a seven-cent charge for plastic bags, usage dropped from 7 billion to 500 million. Similar bans exist in the United States. It could also cost you money in other taxes. New York City residents, for instance, according to Sternbergh, together pay “an estimated $10 million a year to transport single-use bags, both plastic and paper, to out-of-state landfills—and that doesn’t cover the money spent to pick them up as loose litter.”

Tell a cashier “I don’t need a bag” and you may feel as if you have told a robot something it cannot compute—like you’ve stepped off the conveyor belt of human routine. You will get a strange look. It may feel weird. It should tell you how a great many people before you didn’t realize they could just use their hands—which should feel weirder.

And when you pick up your items and walk away and your things do not drop, because you have hands (and pockets and other reusable bags, like backpacks and briefcases and totes), you can imagine that strange-looker colored impressed by your ability to carry things. Or by how you’re a small-time world-saver. Or because of your sandwich order. 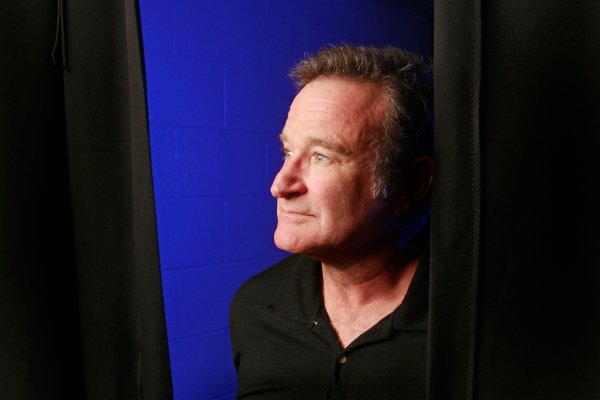 'Suicide Is Not Selfish': Author Posts on Death of Robin Williams
Next Up: Editor's Pick