What Rahm, Zeke and Ari Emanuel Were Like Growing Up

In the Sept. 5 issue of TIME, we looked at what makes for successful siblings. It is a story about nine American families, including the Emanuel family, who all saw their children achieve distinction in disparate fields.

On most nights, the three Emanuel boys would adjourn their ritual fistfight and flop on their mother’s bed to hear a story. But sometimes she didn’t come home; Marsha Emanuel was occasionally arrested as she demonstrated against segregation in 1960s Chicago. On those nights, the boys bickered over the top bunk while Marsha waited behind bars.

The Emanuels would go on to become the stuff of legend and are often called the Jewish Kennedys: bioethicist Zeke is a vice provost at the University of Pennsylvania, a former Obama Administration official and one of the main architects of the Affordable Care Act; Rahm is the mayor of Chicago and a former chief of staff to President Obama; and Ari created William Morris Endeavor, one of the biggest talent agencies in Hollywood.

Between their mother’s civil rights work, their pediatrician father’s campaign against lead paint and their grandfather’s union loyalties, the three rowdy youngsters couldn’t escape political awareness even if they tried. “If we did not go with her to a particular protest, that protest was brought home,” Rahm recalls, sitting in the briefing room of the Chicago mayor’s office. “Just eating dinner was a test of current events.” (The brothers also have a much younger, adopted sister, Shoshana.)

Their home was a constant state of trial-by-combats. The boys fought but then they moved on.

“We were called a lot of bad names, and we had to withstand that and continue to go on,” says Zeke Emanuel. “That breeds a certain kind of toughness.” 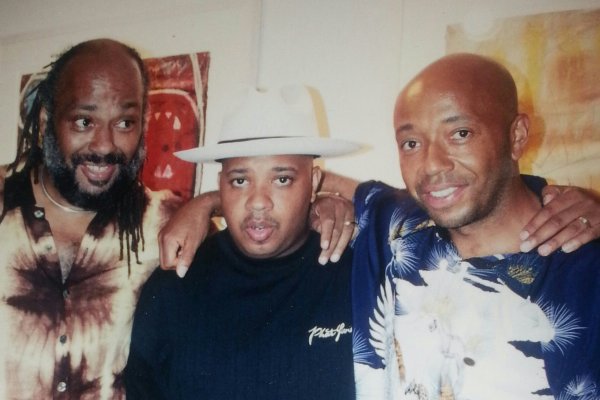 Rev Run, Danny Simmons and Russell Simmons Talk About Their Childhood
Next Up: Editor's Pick