It’s a well-established fact that The Devil Wears Prada is a perennial rom-com favorite (John Legend and Chrissy Teigen count themselves as huge fans), but this tale about the inner-workings of the fashion world has an extra-special fan in John Krasinski. The actor, of course, just so happens to be married to Emily Blunt, who had her breakout role in the film as Meryl Streep’s harried assistant.

Krasinski told E! News that he hid his affinity for the movie for the first year of his relationship with Blunt.

“There was one day when it was on and I said it was so good and Emily said, ‘Have you seen this movie?’ I said, ‘A lot of times.’ She said, ‘That’s so sweet, but how many times?’ Luckily, we had been dating for about a year so there was a lot of trust built up and I said, ‘Like, 75.’”

Initially, Krasinski actually went to great lengths to hide the truth about his The Devil Wears Prada indulgence. 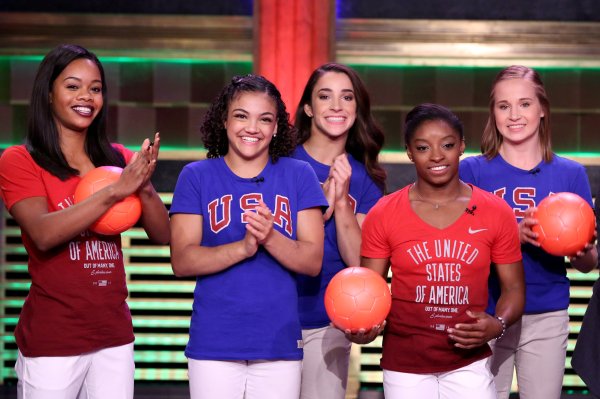 Watch The Final Five Bring Their Game Faces to Jimmy Fallon
Next Up: Editor's Pick