Courteney Cox opened up about aging in Hollywood while on a rugged outdoor adventure.

The actress was on a trek through Ireland while filming Running Wild with Bear Grylls in an episode that aired Monday when things got raw.

“I have done things that I regret, and luckily they’re things that dissolve and go away, so that’s good, because that’s not always been my best look,” she said in reference to cosmetic procedures that she’s undergone.

Cox played Monica on the television series Friends from 1994 to 2004 and said she had trouble aging in Hollywood.

“Was there pressure to look a certain way, or not?” Grylls asked.

“Just being a woman in this business… getting older is not the easiest thing,” she told the survivalist. “But I have learned lessons. I think I was trying to keep up with being older.” 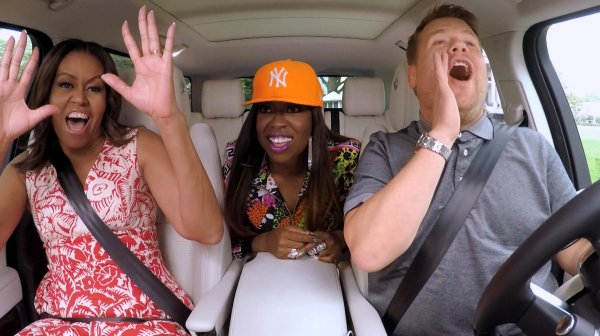 Michelle Obama Dishes on 'Carpool Karaoke'
Next Up: Editor's Pick