Police in Brazil said Tuesday that they have uncovered a series of potentially damning emails between a high-ranking Olympics official and a company alleged to have illegally sold tickets to the Olympic Games, the BBC reports.

The official, Pat Hickey, formerly served as president of the Olympic Council of Ireland (OCI) and was a member of the International Olympic Committee (IOC). He was arrested in Rio last week on suspicion that he was involved in the illegal selling of tickets to the Games; he has not been charged but is being held in Bangu 10 Prison.

The emails in question are between Hickey and Marcus Evans, head of THG Sports, the British company alleged to have sold the tickets. The correspondence, in which the two men discuss ticket sales, began in 2010 and continued until as recently as Aug. 3.

Police said that the OCI may have worked to transfer the tickets to THG. At least three other OCI officials have had their passports seized amid the ongoing investigation. Several THG officials have been arrested, including Evans, though the company has said that the allegations are “entirely without foundation.” 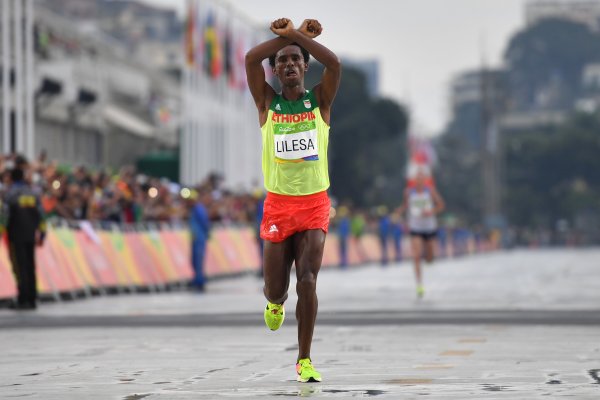 Ethiopian Medalist Stays in Brazil After Olympic Protest
Next Up: Editor's Pick