CVS to Ditch All Tobacco Products

CVS Caremark announced Wednesday that it will remove cigarettes and all tobacco products from its 7,600 pharmacies nationwide by October 1 – costing the retailer an estimated $1.5 billion in annual revenue.

The move addresses what public health officials and pharmacists have long seen as a hypocritical practice: patients picking up medications to treat disease, not to mention smoking-cessation products, can also add a pack of cigarettes to their purchase. In recent years, the disconnect has become even more glaring, as retail pharmacies have increasingly shifted their role in the health-care community, investing in delivering medical services such as immunizations and other basic care through retail clinics, and targeting more wellness-oriented goals. Such health-care delivery, says Dr. Steven Schroeder, professor of medicine at the Smoking Cessation Leadership Center at the University of California San Francisco, “is in clear conflict with the commercial interests of pharmacy chains in selling tobacco products. I think the pressure has been building over the last five years as pharmacies have gotten more into the care-dispensing business.” Schroeder co-wrote an essay appearing the latest issue of the Journal of the American Medical Association with CVS Caremark’s chief medical officer, Dr. Troyen Brennan.

President Obama issued a statement Wednesday morning praising the step, as well. “As one of the largest retailers and pharmacies in America, CVS Caremark sets a powerful example, and today’s decision will help advance my Administration’s efforts to reduce tobacco-related deaths, cancer, and heart disease, as well as bring down health care costs,” Obama said.

Other aspects of the anti-smoking effort include taxes on tobacco products and increased education and awareness about the dangers of smoking, a strategy that began 50 years ago with the first Surgeon General Report on Tobacco, which linked smoking to lung disease, including cancer. Tobacco and smoking causes nearly 500,000 deaths each year in the U.S., and costs $132 billion in medical expenses, according to the latest Surgeon General Report.

Public health officials hope CVS’s decision will prompt other pharmacy chains to do the same, and build on the regulatory and cultural momentum that is marginalizing smoking. Wider bans on lighting up in public, hotels, planes, and office buildings has helped to drop smoking rates from 42% of U.S. adults in 1965 to 18% currently. Still, 42 million Americans light up, and by making cigarettes scarcer, it’s possible more smokers may consider kicking the habit. “If someone comes into CVS to buy a pack of cigarettes, and CVS isn’t selling them, they might think that it’s time to quit,” says Schroeder.

This article has been updated to include President Obama’s statement. 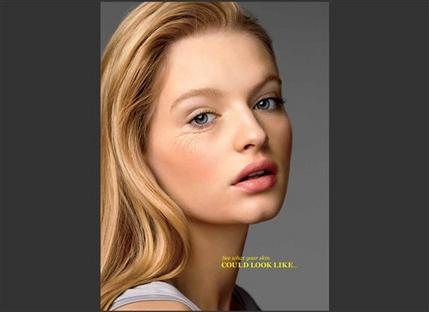 The FDA's Frightening Anti-Smoking Campaign for Teens Hits Them Where It Hurts
Next Up: Editor's Pick