A woman wearing a burkini takes a dip in the south of France on Aug. 15, 2016.
Sipa USA
Ideas
By Jayne Huckerby

Huckerby is clinical professor of law and the director of the International Human Rights Clinic at the Duke University School of Law and a co-editor of Gender, National Security and Counter-Terrorism: Human Rights Perspectives

Lying on a beach in Menton, France, in the days leading up to the July 14 attack in nearby Nice, my biggest worry about the attire of my fellow women beachgoers was that it appeared that thong bikinis were now de rigueur. The mayors of several coastal towns in France apparently disagree.

Citing concerns ranging from hygiene to security, more than 20 towns have moved to ban Muslim women from wearing the full-body swimsuits known as burkinis on public beaches. According to a French official, 10 women have already been apprehended under one town’s ordinance, with four having to pay a fine. The mayor of Le Touquet wants to ban burkinis even though he admits there are no examples of women actually wearing them locally.

As with France’s earlier bans on headscarves in state schools and burqas in public, the concept of laïcité, or secularism, looms large in explaining the latest restrictions on women’s rights. In practice, however, French authorities are not playing the religion card only. Take Cannes, the location of the first ban. According to its mayor, burkinis are both “not respectful of good morals and secularism” and a dangerous “symbol of Islamic extremism.” Another city official has said that the ordinance is not aimed at religious symbols but instead at “ostentatious clothing that makes reference to an allegiance to terrorist movements who are at war with us.” A ruling upholding the ordinance has it both ways, citing secularism but also stating that burkinis are “not just a simple sign of faith” given France’s ongoing state of emergency and “recent Islamist attacks.”

For burkinis to be at once religious and dangerous, the bans and their supporters problematically equate Islam with violence. And, whether describing burkinis as a “provocation” from which the “nation must defend itself” or a way for “hidden faces” to come to the beach, this focus on what women wear is a security straw man. In fact, European women in ISIS have spoken of how alienation and restrictions on their religious practices, like the burqa ban, actually helped push them into the group. Rather than being genuine security policy, burkini bans that stigmatize all Muslims as terrorists are not only discriminatory, but also grist for the ISIS propaganda mill.

If burkinis are not a threat to the French state, then whose security is really at stake? The town of Sisco in Corsica enacted its ban after a beach brawl between “families of north African descent and local youths,” justifying it in part as protecting those of North African descent, including women, at a time when tensions are high. If the specter of restricting women’s agency and telling them what to wear to “protect” them sounds familiar, it should. Victim-blaming practices have historically been built on nothing less. And as always, fetishizing women’s clothing, particularly that of minorities, is the low-hanging fruit. Confronting systemic issues — in this case, French security failures and histories of social exclusion — is harder work than passing knee-jerk ordinances that are solutions in search of a problem and may actually make things worse.

In France, this impulse to “protect” women is particularly strong when it comes to those in its Muslim population of up to 6 million. For French Prime Minister Manuel Valls, the burkini represents the “enslavement of women.” For the French Minister for Families, Children and Women’s Rights, Laurence Rossignol, it is designed “to hide, to conceal the women’s bodies and the position it accords to women is a position that I fight against.” Viewing Muslim women’s dress through the lens of inequality harks back to a time when French colonizers fixated on the veil as emblematic of backward and uncivilized locals (references to burkinis as “unhygienic” should also be read in this light). And just as the idea of “saving” Muslim women was used to help justify colonization, in 2016, burkini bans can lend the moral weight of secularism and women’s rights to increasingly divisive French security policies.

But if anything, discriminatory burkini bans risk making Muslim women less secure. According to official French government figures, anti-Muslim attacks tripled between 2014 and 2015; a year earlier, in 2013, 80% of anti-Muslim attacks in France were against women. Women wearing hijab or other visible clothing associated with Islam are particularly singled out for harassment and violence, often by men and increasingly in the aftermath of terrorist attacks in Europe. Against this backdrop of targeting of women in religious garb, any policy that links the burkini with terrorism puts Muslim women further in the crosshairs of Islamophobic violence.

When governments enact policies in the name of protecting women’s rights that actually restrict women’s choices, keep women out of public life, and make it more dangerous when they are in public, it might be time for a rethink on the values such policies purport to uphold. 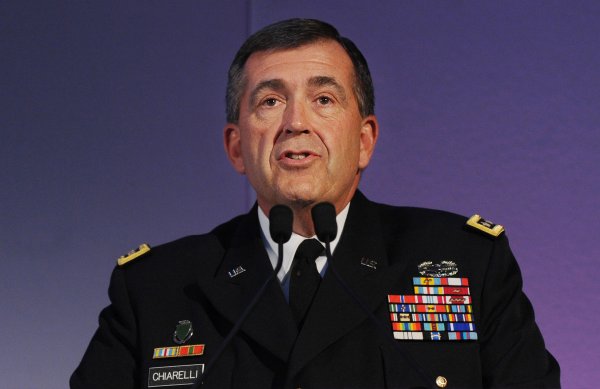 Veterans Are Key Allies in the Fight to Reduce Gun Violence
Next Up: Editor's Pick