Six Astronauts Spend a Year on Mars — in Hawaii

There’s no such thing as raspberries on Mars. That’s not likely to be a problem for you unless, a) you really like raspberries, and b) you just spent a year on Mars. Which brings us to Christiane Heinicke.

Heinicke did just return from Mars, on Aug. 28, along with her five crewmates, and all of them were immediately given a chance for a quick snack of their first fresh fruits and vegetables in a year before having to meet the press. Heinicke grabbed as many of the raspberries as she could — the better part of a supermarket-sized container — and worked happily through them during the question and answer session that followed. You earn a few indulgences when you’ve just spent a year like she did.

Strictly speaking, the three-woman, three-man crew did not actually go to Mars, but you wouldn’t know it from the look of the place they spent the last 365 days — in a dome-shaped habitat (known as the hab) on a red-brown lava plain 8,200 feet (2,500 m) up on the flank of Mauna Loa in Hawaii. They saw no human being other than each other and communicated with the outside world only by audio, video and Internet (all with a 20-minute one-way time delay, to simulate the 20-second light lag between Earth and Mars.)

When they went outside — which they did periodically for geological field studies — it was always in a water-cooled spacesuit. When they were inside, their days were tightly scheduled with real experiments on plant growth and soil chemistry, and with constant work maintaining the hab’s power, plumbing and other systems. They unwound with movies, books and video games in their downtime — of which there was very little.

“You have to suspend your disbelief a bit but not too much,” says crew member Andrzej Stewart, the mission engineer, who has worked as a flight controller on three of NASA’s unmanned missions to Mars.

That authenticity is important, because while it’s easy, relatively speaking, to develop the hardware and procedures for a crewed mission to Mars, the health of the human passengers is an order of magnitude harder. And emotional health in particular is the hardest part. How the mind copes with the stressors associated with, what are known as, ICE environments (isolated, confined and extreme) has always bedeviled long-duration explorers.

For that reason, the Mauna Loa facility, known as HI-SEAS — for Hawaii Space Exploration Analog and Simulation — was created. Co-managed by NASA and the University of Hawaii, and built by Henk Rogers, an entrepreneur, venture capitalist and video game developer (he counts Tetris among his inventions), HI-SEAS first went into operation in 2012 and had already hosted two crews for four months and one for eight months before this recent mission.

The six astronauts (that title is preferred by the HI-SEAS operation and the crews do kind of earn it) emerged from their confinement at 9:00 a.m. local time and were greeted by their families and the press. It was already over 80º F (27º C) at sea level in Hawaii but the HI-SEAS peak was wrapped in a cold, damp cloud and the temperature fought to make it to 50º F (10º C).

“I forgot it would be so wet,” one of the crew, wearing only a short-sleeved HI-SEAS shirt, said as he felt the first outdoor air on his face since the summer of 2015.

The astronauts all had small bald patches on the backs of their heads, though only the men’s were visible. That was the handiwork of biomedical and aerospace engineer Jocelyn Dunn of Purdue University who was a member of the eight-month crew and is a principle researcher for the current one.

Her work involves looking for levels of cortisol, a stress hormone, in the astronauts’ bodies, and hair preserves it nicely. Beginning with the shaved patch as they went into confinement, the crew members would let the hair grow out about a centimeter each month, shave it and set it aside in a dated sample container and repeat that eleven more times over the course of the year. Analyzing when the levels of cortisol are the highest will help mission planners determine which parts of the journey require astronauts to have the lightest workload and the most distractions.

The stress does build and for some astronauts, a geology field trip was sometimes the best way to relieve it. “The spacesuit was a little like being in the shower,” Dunn says with a laugh. “It’s private and the noise of the fan is like the noise of the water. That’s why people like to sing.”

Spacewalks, however, come only so often. There were 145 over the course of the last year, which sounds like a lot but it averages out at one every 2.5 days and since there are only two suits, not everyone gets to go.

“I once spent 21 straight days in the hab,” says environmental scientist Carmel Johnston, who was the commander of the mission. “It gave me a chance to catch up on experiments but after a while I really did have to get out.”

The hab is designed to keep interpersonal stress to as much of a minimum as possible, and it makes good use of its limited room. There are 13,000 cubic ft. (368 cu. m) of habitable volume and 1,200 ft. (111 sq. m) of floor space. There is a sleeping loft upstairs with six small, private bedrooms for each crewmember, across 424 sq. ft. (39 sq. m) of floor space. The habitat is equipped with a fully functioning kitchen, two bathrooms, a shower and an exercise area. All of the astronauts have their own desks, and a lab and work shop is attached to the main residence.

Still, there is friction — some of which is cultural. “I’m German, so I don’t talk much,” says Heinicke, the crew physicist. “But our meetings would start with all this chitter-chatter and sometimes, yes, I’d get a little annoyed.”

Arguments would spark over other, entirely predictable things too — someone’s music is too loud, someone’s personal space is a mess, someone really has to remember to do a fair share of the dishwashing. Dinner, which like all meals, was entirely made from shelf-stable foods, offered a good time for everyone to sit down together once a day and in fact it was typically the only meal the astronauts shared.

“The Americans tended to get to bed early and get up early so they’d have breakfast then,” says crewmember Tristan Bassingthwaighte, the mission architect. “The Europeans had a later bedtime and a later wake-up.”

As in any group too, there were besties, and almost immediately, reports crewmember Cyprien Verseux, an astrobiologist from Italy, especially close pairs formed. All of those pairs turned out to be male-female. That does not suggest cosmic romance, which would be impossible in such close surroundings anyway. It may suggest, however, that the crew members chose to buddy up with people who have complementary traits—precisely the kind of cross-gender tempering that’s valued in other workplaces.

One very lucky break the crew got this year was that there were no serious illnesses or injuries, which meant no one had to be evacuated. (Colds and flus were not likely to happen anyway since if no one was carrying a virus when lockdown began, there would be no one to bring it in later.) That allowed crew physician Sheyna Gifford to tend mostly to her research work, treating the occasional small wound or upset stomach but little more. Ironically, Gifford came closer than anyone else to getting hurt, when she was on a geology expedition and a lava tube collapsed under her, causing her to twist and bang her knee.

“It was a field injury, which is inevitably going to happen,” she says, “but I was able to rehab it.”

It is in Gifford’s discipline that mission planners are also considering the far worse possibility for real Mars missions — a crew member who suffers an injury or illness for which there is no recovering from on-site. The questions run from when or if it’s possible to turn back home, and what, in a worst-case scenario, to do with the remains. A human body deliberately exposed to the environment of space or Mars would become so thoroughly freeze-dried that it could be reduced to coarse grains simply by being placed in a bag and vigorously shaken — cremation without the fire.

That’s a possibility no one wants to contemplate, but it’s a fact of a species as fragile as ours that we’ve always had to address when we go exploring. It’s a fact of a species as ambitious as ours, however, that we have reached the point at which the exploration we’re talking about is of Mars. The six men and women of HI-SEAS did not move a single mile closer to the Red Planet in all the time they were in Hawaii, but the Mars enterprise as a whole took an important step forward.

Correction: The original version of the story misstated the number of crews HI-SEAS had hosted before the recent mission. It was three crews, two for four months and one for eight months 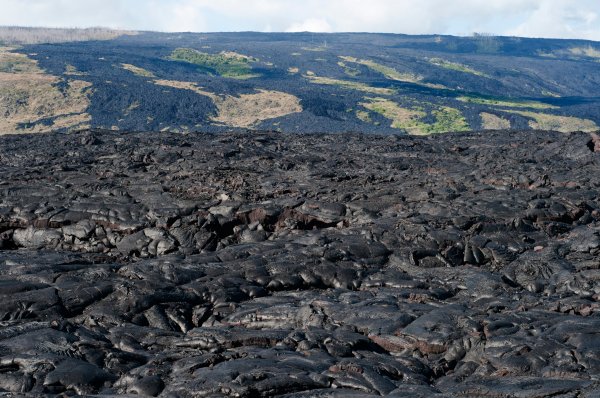 Mock Mars Crew Returns After a Year in Isolation
Next Up: Editor's Pick