Why the Next President Must Focus on Asia

Barack Obama speaks during a joint press conference in Hanoi on May 23, 2016.
Jim Watson—AFP/Getty Images
Ideas
By J. Berkshire Miller
Miller is an international affairs fellow with the Council on Foreign Relations

In the coming weeks and months, political campaigning will continue to touch more and more on key foreign policy issues, including the future of the fight against ISIS and how to deal with an increasingly assertive Russia. Yet one of the critical issues that needs to be addressed in a bipartisan and coherent manner is maintaining—and indeed strengthening—the trajectory of U.S. efforts to “rebalance” its resources and attention to the Asia-Pacific.

Up until this point, the Obama administration’s pivot or rebalance has enjoyed a relative reprieve from the acute bipartisan trench tactics on other issues, such as President Obama’s policies in the Middle East-North Africa region. The same unfortunately cannot be said of election rhetoric. Donald Trump, the Republican nominee, has been divisive and incoherent thus far with his messaging towards Asia. This has included statements that call into questions the value and purpose of Washington’s longstanding alliances in East Asia, notably those with Japan and South Korea. This bombast is both counter-factual and ignorant to the United States’ geopolitical interests in the region.

While most regional experts have repeatedly cautioned allies not to fear Trump’s barbs, the election has and will continue to have an impact on the region’s perception of the U.S. and its credibility. Not only do these comments impact the impression of U.S. allies and partners, but they also provide perceived openings from Washington’s regional competitors, such as China, to attempt to hedge on.

The Asia-Pacific region is dynamic and varied—both in its challenges and opportunities. The next President of the U.S. will have to cope with a regime in North Korea that continues to work towards advancing the capabilities of its missile and nuclear weapons programs. Pyongyang has conducted several ballistic missile tests over the past few years—in direct defiance of U.N. sanctions. North Korea also continues to develop its nuclear-weapons program and is working towards miniaturization of nuclear warheads to provide a more credible nuclear deterrent.

The U.S. must also meet the challenge of China’s rapid military modernization and its increasing assertiveness in the maritime domain—as evidenced by its desire to throw its weight around in the East and South China Seas. While it is important to continue looking for areas of convergence with Beijing—on areas such as climate change and economic links—it is also critical to work with the region to ensure that China does not look to forcibly change the geopolitical landscape through salami-slicing tactics and maritime one-upmanship.

But while there are regional challenges, there are also tremendous opportunities that can only be seized with a clear, consistent and strategic approach. The Trans-Pacific Partnership (TPP), if ratified, would become a cornerstone of Washington’s engagement in the region for years to come. The 12-nation trade pact comprises more than 40% of the world’s gross domestic product. Moreover, a ratified TPP would serve as the strategic glue that binds U.S. interests holistically to the region and reassures allies against fears of Washington’s abandonment in light of a rising China. Indeed, Obama has even framed the agreement as a critical tool to ensure that Beijing cannot “write the rules” for the region going forward. Unfortunately, the TPP has also fell victim to politicking on both sides of the campaign—with Hillary Clinton and Trump both looking to distance themselves in different ways from Obama’s free trade agenda.

The U.S. also has opportunities on the political-security to side to continue the trajectory of the rebalance and strengthen its network of alliances and emerging partnerships in the region. Its alliances with Japan, South Korea and Australia will continue to serve as the foundation but should be complemented with important alliances with the Philippines and Thailand, along with critical relationships with India and Vietnam, among others.

Essentially, the Obama administration’s rebalance to Asia has been more of a conversation and reaffirmation of Washington’s historical commitment to the region, rather than a drastic policy change. The purpose of the rebalance has been to deepen and sustain U.S. presence in the region, not reinvent or play catch-up. The stakes are high in Asia and the prosperity and security of the continent continues to directly link to U.S. interests. Support for a vigorous and consistent approach to Asia should be beyond political talking points and represent a unified U.S. commitment to its interests in the region. 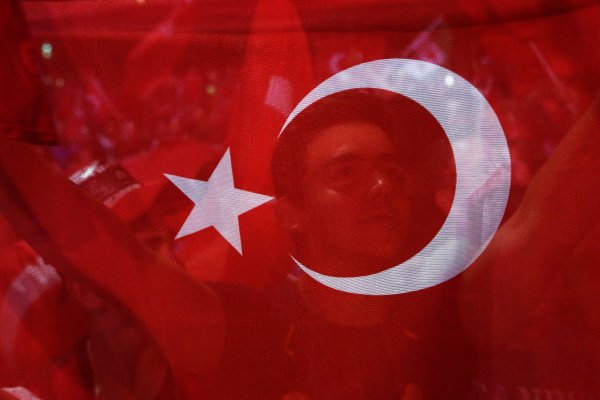 The U.S. and NATO Need Turkey
Next Up: Editor's Pick