However, it’s not the first time that the first billionaire couple of the music industry have sported coordinating looks. Who can forget the first time they appeared together on MTV’s Total Request Live, to perform “‘03 Bonnie and Clyde” in matching Canadian tuxedos? Over the course of their 14-year relationship, they’ve dabbled in plenty of his-and-hers matching looks, which makes the case (Lemonade rumors notwithstanding) that the couple that dresses together, stays together.

See 11 times that the couple matched their outfits, below.

The couple in the early stages of their relationship, wearing Canadian Tuxedos on MTV’s TRL in 2002.

Bey and Jay went for sleek, all-black looks at the 2005 Oscars.

Beyoncé and Jay Z both sported white ensembles for a performance at Radio City Music Hall.

Beyonce and Jay Z are seen in Midtown on May 11, 2015 in New York City. (Photo by Alo Ceballos/GC Images)
Alo Ceballos—GC Images

Beyoncé and Jay Z showed up in all-black everything for a Nets game in 2015.

Jay-Z and Beyonce attend a game between the Brooklyn Nets and the Houston Rockets at Barclays Center on January 12, 2015 (Photo by Jim McIsaac/Getty Images)
Jim McIsaac—Getty Images

Beyoncé and Jay Z stuck to a classic black and white color scheme for the 2013 Grammys.

An all-white monochromatic look was the Knowles-Carters’ go-to for the 2015 Grammys.

Jay Z and Beyoncé both opted for black layers for a Stevie Wonder tribute in 2015.

The first couple of the music industry stuck to black formalwear for a fight in 2015. 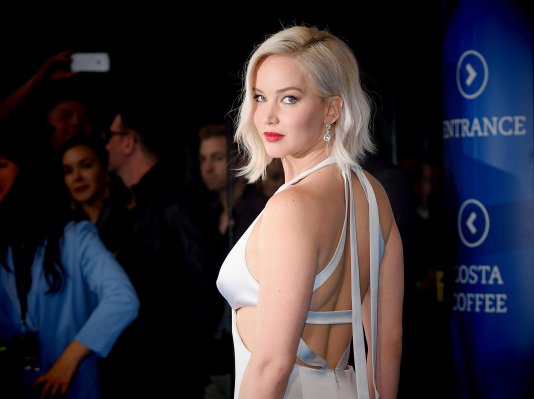 Jennifer Lawrence Is This Year's Highest-Paid Actress
Next Up: Editor's Pick