Game of Thrones' Maisie Williams: 'Nothing Will Prepare You' for Season 7

Faye Marsay and Maisie Williams in season 6, episode 1 of Game of Thrones.
Macall B. Polay—HBO
By Daniel White

If the 19-year-old who plays Arya Stark in HBO’s Game of Thrones had to sum up the show’s upcoming seventh season, it’s these three words: “s*** gets REAL.”

After reading the script for season seven, Maisie Williams went to Twitter to voice her excitement, telling fans that “nothing will prepare you for this,” according to the Hollywood Reporter.

Williams earned her first Emmy nomination this year for her role as Arya Stark.

The next season of Game of Thrones will premiere in mid-2017. 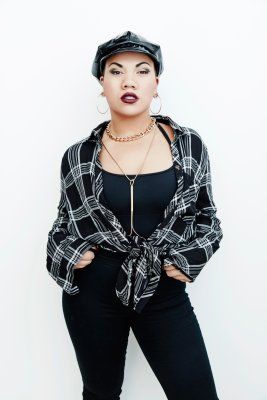 The Dancer from Justin Bieber's 'Sorry' Launches Solo Career
Next Up: Editor's Pick