Prince Harry races Usain Bolt at the Usain Bolt Track at the University of the West Indies in Kingston, Jamaica on March 6, 2012.
Chris Jackson—Getty Images
By Raisa Bruner

Jamaican sprinter Usain Bolt ended his reign at Rio in a cloud of Olympic glory, but Great Britain’s Prince Harry just challenged the nine-time medalist to one more race. On the occasion of Bolt’s 30th birthday, Harry took to the official Kensington Palace Twitter account to send Bolt his congratulations, calling him “officially the greatest” — and asking for a chance to test his speed against the world’s fastest man. Bolt’s response? “Let’s do it.”

This is just the latest good-humored banter between the two men. Back in 2012, the prince was visiting Jamaica when he first raced Bolt. Surprisingly, the British royal won — by jokingly jumping the starting gun. Bolt requested a rematch at the then-upcoming London Olympics, but Harry cheekily told him that he was “busy” at the time. Still, Bolt taught the royal his signature celebratory move.

“He’s cool, very down to earth. When you meet dignitaries you think it will be difficult but he just wanted to laugh — it was an honor and a pleasure to meet him,” Bolt told the BBC about that encounter. Clearly, the good feelings remain between the two, with Bolt even saying earlier this August that he would be happy to “party with Prince Harry” after clinching his medals in Rio.

This is one post-Olympic sporting event you won’t want to miss. 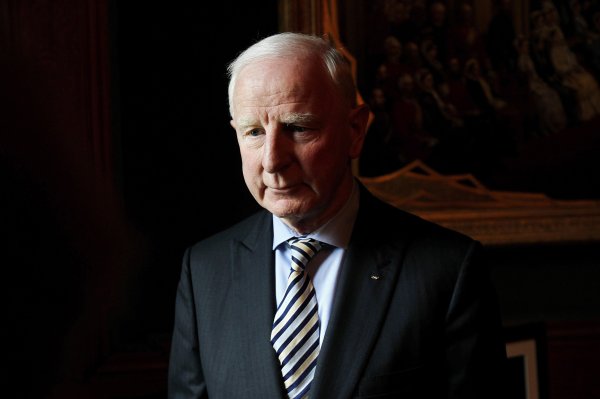 Ireland Olympic Officials Blocked From Leaving Brazil Amid Investigation Over Ticket Sales
Next Up: Editor's Pick