Ahmad Al Faqi Al Mahdi, center, appears at the International Criminal Court in The Hague, Netherlands, on Aug. 22, 2016, at the start of his trial on charges of involvement in the destruction of historic mausoleums in the Malian desert city of Timbuktu.
Patrick Post—AP
By Kate Samuelson

An Islamist rebel has admitted to ordering attacks on ancient cultural sites in Timbuktu, Mali, in a unique trial at the International Criminal Court (ICC).

Ahmad al Faqi al Mahdi, aged around 40, said he was “really sorry” for his actions and asked to be forgiven, the BBC reported. He appeared at The Hague in the Netherlands on Monday, accused of leading rebel forces who destroyed nine mausoleums and a mosque with pickaxes and iron bars in 2012.

He added that he was pleading guilty “with deep regret and deep pain” and that if he were to “give a piece of advice to all Muslims in the world”, it would be to “not to get involved in the same acts I got involved in.” ISIS militants have destroyed relics and cultural sites in Syria, most notably the ancient city of Palmyra.

Court documents state that the buildings in Mali were “regarded and protected as a significant part of the cultural heritage of Timbuktu” and that “the community in Timbuktu was involved in their maintenance and used them for their religious practices”.

At the time of their destruction, the cemeteries were classified as world heritage sites, and under the protection of UNESCO. 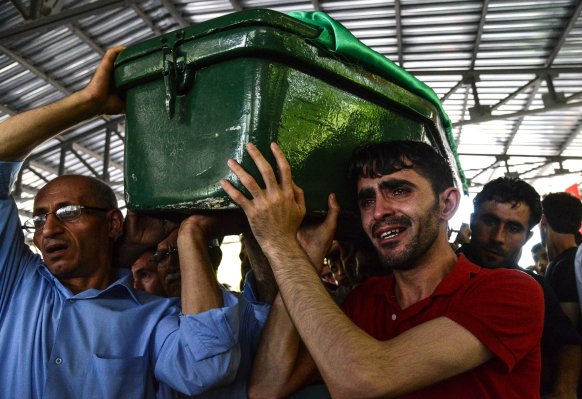