The wedding of Besna and Nurettin Akdogan was no small affair: as the celebrations were winding down, the streets were still packed with hundreds of people. Amid the festivities, no one took notice of the guest who crept in with explosives packed to his chest.

An hour before midnight, the bomber detonated his vest of explosives, killing 53 wedding guests, including at least 22 children. The bride and groom survived, but were among the 69 wounded. The killer was originally believed to be no more than 14 years old, though authorities later said they didn’t know whether a child or an adult had been responsible. There was little doubt as to who was behind the deadliest bombing to hit Turkey this year, however – Recep Tayyip Erdogan, the Turkish President, blamed ISIS shortly afterwards.

Circumstantial evidence suggests Erdogan is right: Gaziantep, the southern Turkish city where the attack occurred, is known to harbor ISIS sleeper cells, and the use of suicide vests echoes the group’s previous attacks. ISIS is not the prime suspect for bombings in Turkey. The majority of attacks this year, especially in the country’s southeastern region, were carried out by the Kurdish militant group PKK, which has waged a three-decade insurgency against the Turkish state.

But the choice of target points to the jihadists. Sahinbey, the Akdogans’ neighbourhood in Gaziantep, is a predominantly Kurdish area, and the wedding couple are said to be members of the pro-Kurdish Peoples’ Democratic Party, the HDP.

Even — or perhaps especially — the absence of a claim of responsibility suggests the attack was carried out by ISIS. Despite strong evidence that the group was behind several bombings in Turkey, it has never taken credit for any of them.

However, ISIS has claimed responsibility for assassinations of Syrian activists and journalists in Turkey: in April, when opposition TV presenter Mohammed Zahir al-Sherqat was shot and killed in Gaziantep, the group quickly announced that it had targeted him for his work.

But last summer, Turkey gave in to the West’s pressure and joined the U.S.-led coalition fighting ISIS, stepping up efforts to seal its border. Since then, suspected ISIS-linked bombers have killed dozens in Istanbul, Ankara and southern cities in apparent revenge attacks. The group also has a motive to take revenge on Turkey’s Kurds, whose Syrian kin have recently driven ISIS from their stronghold of Manbij.

Read More: These 5 Stats Explain Turkey’s War on ISIS — and the Kurds

Yet many see ISIS’ attacks and its subsequent silence not as a simple message of revenge or warning but a strategic attempt to sow discord and instability in Turkey. ISIS has previously targeted Kurdish gatherings in an apparent bid to inflame tensions between the state and its largest ethnic minority.

The group has been successful in that regard. In summer 2015, as the two-year-old ceasefire between Turkey and the PKK looked increasingly shaky, ISIS bombed a Kurdish political rally in Diyarbakir and a gathering of activists in Suruc. The PKK, which believes Turkey collaborates with ISIS, responded with revenge attacks against Turkish security forces, setting off a chain of events that led to the ceasefire’s collapse days later. In the past year, fighting between the state and the PKK has destroyed entire neighbourhoods, displacing hundreds of thousands, and killed nearly 300 civilians.

Analysts note that ISIS’ predecessor, al-Qaeda in Iraq, similarly did not take credit for several attacks carried out in 2005, sparking tensions and retribution attacks between the country’s Sunni and Shia populations. “By not taking responsibility for its attacks in Turkey, ISIS wants to do the same, triggering societal fault lines,” wrote the Washington Institute’s Soner Cagaptay in an op-ed for CNN shortly after the Atatürk Airport bombing in June. The attack, which left more than 40 dead, was also blamed on ISIS but went unclaimed.

After an attempted coup left 240 dead last month, the Turkish government has sought to counteract the deepening polarisation engulfing the country, standing shoulder to shoulder with opposition leaders. Condemning the Gaziantep attack, Erdogan vowed: “Those who… try to provoke people by exploiting ethnic and sectarian sensitivities will not prevail.”

Yet to Turkey’s Kurds, his words ring hollow; Erdogan himself has been happy to capitalise on internal divisions to gain votes and continues to sideline the Kurdish opposition. In Gaziantep yesterday, as in Ankara last year, mourners again chanted “murderer Erdogan” and threw bottles at the police as they carried coffins to the city cemetery. 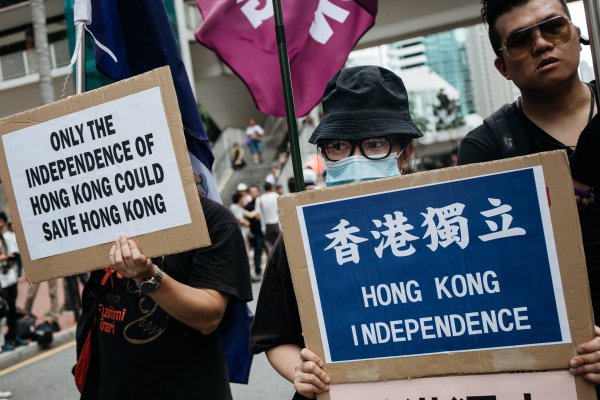