Bei Bei, the National Zoo’s youngest giant panda cub, celebrated his first birthday on Saturday with a giant frozen cake—as all pandas do.

The colorful cake—made of frozen apple, carrot and beet juice by the zoo’s nutrition department—took two weeks to create and weighs about 150 pounds. It was adorned with a giant number one.

Early into the zoo’s Facebook Live broadcast on Saturday, Bei Bei had yet to approach his birthday cake, though his mother, Mei Xiang, was enjoying the frozen treat. To see what the rest of the pandas are up to, check out the giant panda cam livestream. 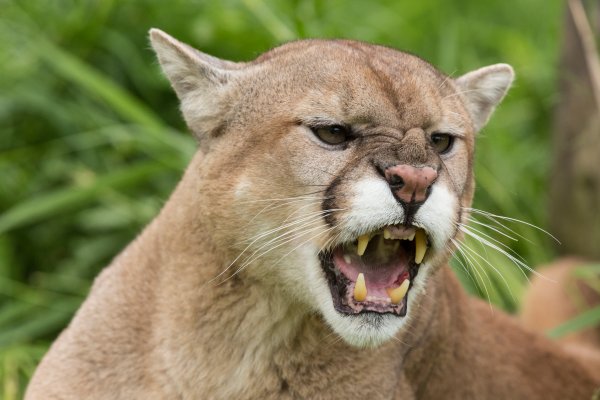 Here's What to Do If You're Attacked by a Mountain Lion
Next Up: Editor's Pick