U.S. Women Win 6th Straight Olympic Gold (And No, They're Not Too Good)

Diana Taurasi leaps into the arms of teammate Angel McCoughtry as they celebrate their win over Spain in a women's gold medal basketball game at the 2016 Summer Olympics, on Aug. 20, 2016.
Eric Gay—AP
By Sean Gregory/Rio de Janeiro

The numbers are simply stunning. The U.S. women’s basketball team, which beat Spain 101-72 on Saturday to win the gold medal in Rio, have now won six straight Olympic golds and 25 consecutive Olympic hoops games by double digits. At the Rio Games, the average margin of victory for the U.S. was 37 points.

And it’s been this way for a long time. The U.S. women last lost an Olympic basketball game in 1992, when they fell to the Unified Team, a concoction of Russia and other ex-Soviet Union republics.

Such sustained dominance has given rise to a tired question: is the American team too good? And does their overwhelming success hold the women’s game back around the world, since the blowouts can diminish fan interest and discourage other nations from trying to keep pace. After all, gold medal games are supposed to be dramatic affairs, not almost 30 point routs.

Please. Few Olympic storylines are deserve a moratorium more than this one. U.S. coach Geno Auriemma, who has become an expert a fielding these queries during his day job at the University of Connecticut––where he’s won the last four national titles, and 11 overall––wonders why Michael Phelps doesn’t receive such scrutiny. “We got a guy in the pool with a USA swim cap on who nobody can beat,” Auriemma said. “And if he wasn’t in swimming, there would be a lot of other guys with gold medals. So, it is what it is.”

To Auriemma, there’s an unfair implication that a dominant men’s team would never be asked to defend themselves in the same way. “We live in that Trumpian era where it’s okay to be sexist and degrade people that are good, just because they’re the opposite sex,” Auriemma said. “We are what we are. We’re never going to apologize for being that good. We’re never going to apologize for setting a standard that other people aspire to achieve.”

Even though this gold-medal winning team features some of the best individual talent in basketball history, like Diana Taurasi, Maya Moore, Brittney Griner, and Elena Delle Donne––the reigning WNBA MVP who comes off the bench here––the Americans still play an appealing, unselfish style. In other words, they play the so-called “right way.”

“I mean, how many times have I heard this question? I really don’t care, truthfully,” Sue Bird said. “There’s something to be said about a team that can come together in two weeks and play the way we’re playing right now. More than anything, in regards to the score, it’s beautiful basketball. We’re sharing the ball. … That, to me, is a great brand of basketball, and if people strive to play that way and we can elevate the play of the entire world, then what’s better than that for basketball? Nothing.”

Sure, from a fan’s perspective, close games are more compelling than blowouts. But Auriemma and his players make strong case that we should shut up already. We celebrated Phelps’ dominance in the pool, and Usain Bolt’s untouchable speed on the track. It’s time to celebrate the American women for what they are: Models of graceful Olympic champions. 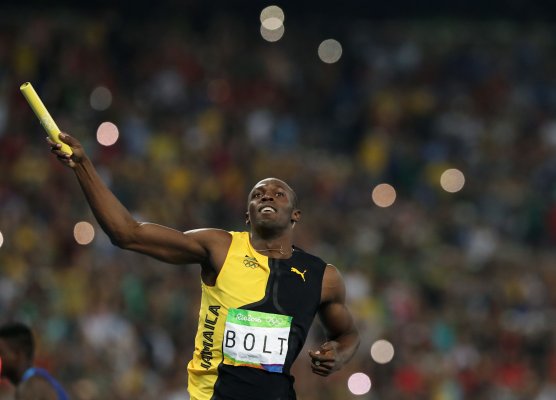