Gunnar Bentz—one of the four U.S. Olympic swimmers involved in what Ryan Lochte originally described as an armed robbery—issued an apology on Friday and shared his own account of what happened during an encounter with security guards at a convenience store in Rio de Janeiro.

“I was never a suspect in the case from the beginning (Brazilian law enforcement officials saw me only as a witness),” Bentz said, apologizing to the United States Olympic Committee, the U.S. swimming team and the University of Georgia. He said he never made a false statement about the incident.

Lochte, who initially said he and his teammates were robbed by people posing as armed police officers, has come under scrutiny for his account of the incident. He apologized on Friday for “not being more careful and candid” in explaining what happened. Brazilian authorities said the athletes had fabricated the robbery story after vandalizing a gas station bathroom. But Bentz said, to his knowledge, no damage was done to the restroom.

Read more: These Are the Possible Outcomes for Lochte and Teammates

By Bentz’s account, he and Lochte were returning to the Olympic Village in a taxi along with Jack Conger and Jimmy Feigen around 6 a.m. on Sunday, when they pulled into a convenience store to use the restroom.

“There was no restroom inside, so we foolishly relieved ourselves on the backside of the building behind some bushes. There was a locked door out back and I did not witness anyone breaking it open. I am unsure why, but while we were in that area, Ryan pulled to the ground a framed metal advertisement that was loosely anchored to the brick wall. I then suggested to everyone that we needed to leave the area and we returned to the taxi,” Bentz said in his statement.

“Two men, whom I believe to have been security guards, then instructed us to exit the vehicle. No guns were drawn during this exchange, but we did see a gun tucked into one of the guard’s waistband. As Jimmy and Jack were walking away from the vehicle, the first security guard held up a badge to me and drew his handgun. I yelled to them to come back toward us and they complied. Then the second guard drew his weapon and both guards pointed their guns at us and yelled at us to sit on a nearby sidewalk. Again, I cannot speak to his actions, but Ryan stood up and began to yell at the guards. After Jack and I both tugged at him in an attempt to get him to sit back down, Ryan and the security guards had a heated verbal exchange, but no physical contact was made.”

Bentz said an interpreter he believed to be a customer told the athletes they needed to pay before leaving. He said he gave the security guards $20, and Feigen gave them 100 Reals, and they were allowed to leave to hail another taxi.

“Without question, I am taking away a valuable life lesson from this situation,” Bentz said. “In everything I do, I am representing my family, my country and my school. I will not take that responsibility lightly.” 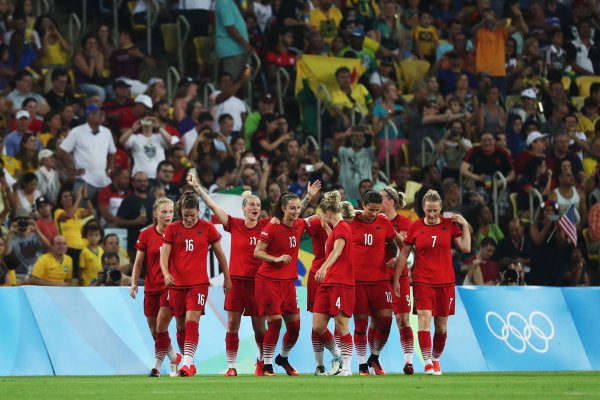