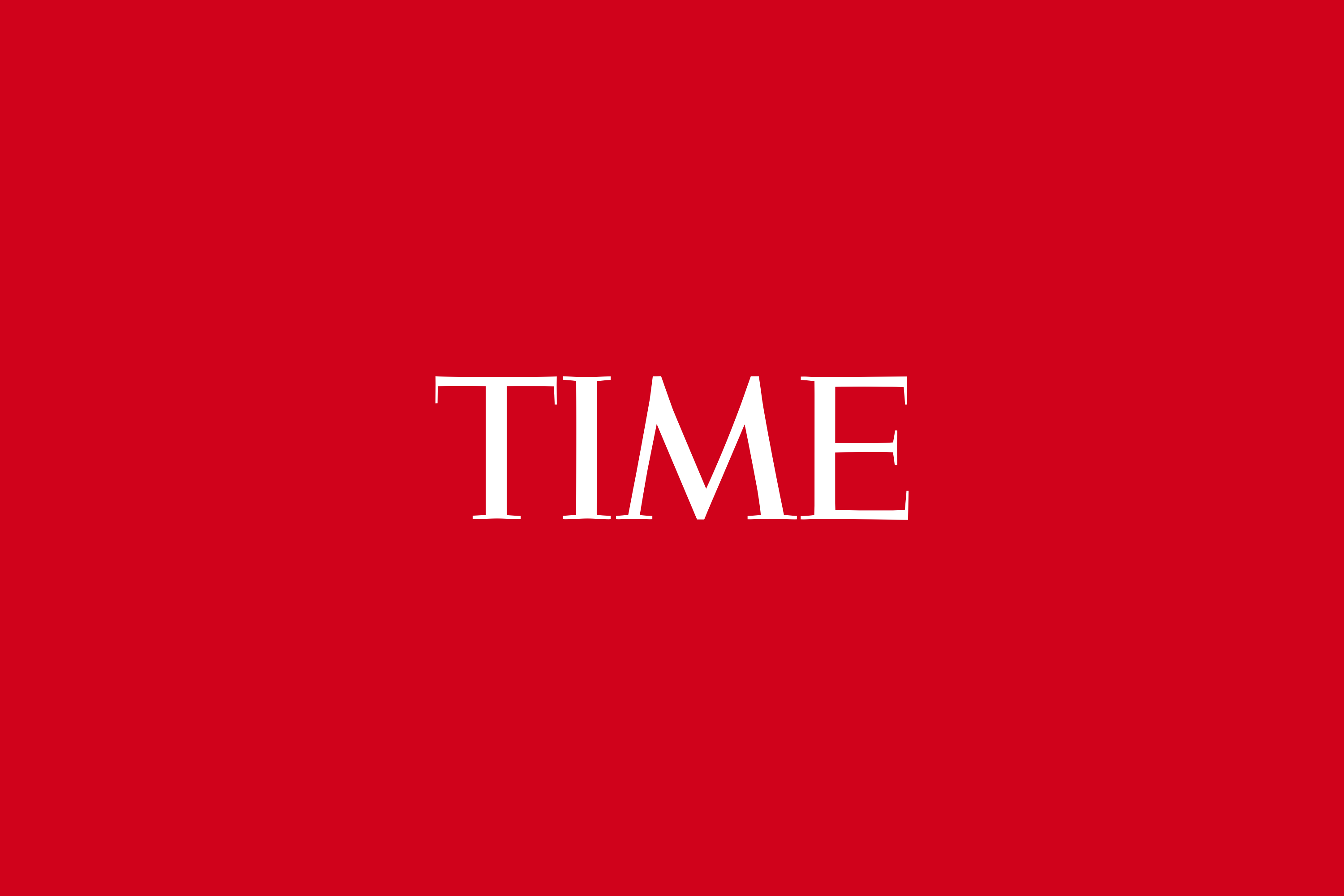 The Best Laptops You Can Buy Right Now For Every Budget

Buying a laptop can be complicated. Factors like your budget, whether or not you'll be carrying the computer on your daily commute, and whether you're shopping for school or work are all crucial points to consider before pulling the trigger. And with the rise of cheap-yet-functional Chromebooks, it's not so simple as Windows vs. Mac anymore. (If you're not familiar with Chromebooks, read more about them here.)

Our guide, ranked from least expensive to most, highlights a few of the top picks aimed at a range of use cases and price points. All prices below refer to the manufacturer's stated starting price unless otherwise noted.

For its price, the Chromebook R11 covers all of the basics: a comfortable keyboard, a fluid trackpad, and a touchscreen that's sharp enough to to make for watching videos and viewing photos. The R11's display can also fold backwards, like that of many other Chromebooks, transforming it into a tablet. Since it's a Chromebook, the R11's functionality is a bit limited when offline, but now that it can run Android apps, owners will likely find more use for it when no Internet connection is available.

With a sleek flexible design, sharp screen, and fast performance, Samsung's new Chromebooks are worth considering for buyers who really just need a simple computer for going online and word processing. There's little difference between the Plus and Pro models, save for the less powerful processor in the cheaper model. Both are capable of running Android apps, an ability that will soon come to many Chromebooks, which makes them all the more useful without an Internet connection. (But there is a drawback: Android apps aren't very polished on Chromebooks yet, although Google says it's working to fix that before the Pro goes on sale in April.) Like many modern Chromebooks, the two new Samsung models can also fold back to function as a tablet when needed. And both include a stylus, which can be useful for those who like to sketch or take handwritten notes.

Buy now: Chromebook Plus, $449, Amazon. (Chromebook Pro out in April.)

Get the latest deals, reviews and recommendations from the editors of TIME: sign up for The Goods newsletter here

Dell's lineup of XPS laptops are among the best for Windows fans seeking a fast, elegant laptop. The XPS' standout characteristic is its colorful and vibrant screen, which is framed by a pencil-thin border that Dell calls an "Infinity Display." This slimmer bezel gives Dell's laptop a full 13.3-inch sized screen without increasing its overall profile. This, combined with the notebook's sturdy keyboard, long battery life, and attractive design, make it a top pick.

However, the webcam is oddly placed at the bottom of the screen due to the screen's thin bezel, which can be awkward. The least expensive model comes with a 13.3-inch non-touchscreen, but Dell offers a 15-inch variant as well. Those who want a laptop that also works as a tablet can opt for the $949 XPS 13 configuration, which includes a touchscreen and bendable hinge that allows the display to fold flat against the back of the notebook.

With its fourth iteration of the Surface Pro, Microsoft has nearly perfected the laptop-tablet hybrid. The latest model has a sharper screen than its predecessor (as well as many competing laptops). The TypeCover and Surface Pen have been improved this time around, a badly-needed enhancement, as previous TypeCover models have felt a bit too mushy for the Surface to function as a full-time laptop. Since the Surface Pro 4 runs on Windows 10, comes with the Surface Pen in the box, and includes several ports, I prefer it over the iPad Pro as a laptop replacement.

The Razer Blade Stealth is Razer's first foray outside of the gaming laptop genre, and it's exceptionally good. With a dazzling rainbow backlit keyboard, a Core i7-powered base configuration, an eye-popping high resolution (and optional 4K) screen, and a beautiful aluminum build, it's without a doubt one of the best out there.

Gamers can choose to splurge on the $499 Core, which lets you connect the laptop to a graphics card for a big performance boost. The Blade Stealth hits nearly all the marks, except when it comes to battery life, which is noticeably shorter than that of competing ultrabooks, especially if you opt for the 4K version.

The MacBook Air, while dated, is still an excellent general-purpose laptop. It lacks the high resolution screens found on most modern ultrabooks in its price range, but it's portable, has a sturdy keyboard, and lasts for a long time on a single charge. For Apple fans who want something that's cheaper and less limiting than the MacBook but don't need a computer as powerful as the MacBook Pro, the Air is a great option.

Lenovo's Yoga 910 is a high-quality Windows machine with an impressive touchscreen, long battery life, and a durable hinge that allows it to double as a tablet. One standout feature is the exceptionally thin frame that surrounds its screen, similar to the InfinityEdge display on Dell's XPS 13. The smooth touchpad makes it easy to navigate when you don't want to use the touchscreen. There's also a fingerprint sensor just below the keyboard for logging in to the Yoga 910 without a password.

A couple of caveats worth mentioning: The 910’s screen is a little dim compared to rival laptops, and its keyboard can feel cramped.

With its marvelously attractive looks, excellent keyboard, and solid performance, the HP Spectre is a top contender among Windows laptops. The trackpad can be a bit sluggish and the fans sometimes get noisy, but those looking for a portable general-purpose Windows laptop will be pleased with the Spectre. Its Bang & Olufsen speakers are great for those who watch movies and blast music from their laptops as well.

The HP Spectre x360's bright and vivid screen, lavish design, and rich keyboard earned it a spot on our list. HP offers the laptop in various configurations, including 13 and 15 inch sizes. One of the pricier $1,500 models features one of Intel's newest Core i7 processors, a 15-inch 3,840 x 2,160 touchscreen, Nvidia graphics, 16GB of memory, and 512GB of storage. It's more expensive than a comparable configuration of Dell's 15-inch XPS, but for that extra $100 HP offers a sharper screen and double the storage space and memory.

The MacBook's gorgeous 12-inch screen, long battery life, and compact design make it an excellent choice if you're an Apple fan who desires portability. Carrying it around in my bag didn't feel much different than toting around an iPad. If you're the type of person that primarily works in the cloud, you'll likely be pleased with the new MacBook.

But since it only has one USB Type-C port, it's not the right choice for those who frequently plug in accessories, like external hard drives and displays. It's also very expensive compared to most competitors, so it's worth shopping around if you're on a budget.

Apple fans in need of a laptop for more than just word processing and web browsing should give the MacBook Pro a look. The company's newest model runs on faster processors, includes a more colorful display, and offers a more comfortable keyboard than the 2015 model. The biggest upgrade is Apple's new Touch Bar, a thin touchscreen strip that sits just above the keyboard and offers different buttons depending on what you’re doing at a given moment. The Touch Bar can be handy, but it may not be worth the extra $300 for buyers looking to save a little money.