Campos is a writer

When naked statues of Republican presidential candidate Donald Trump showed up across the country, many people laughed. #NakedTrump trended on Twitter, and people took selfies with the life-sized Trump statues, which happen to feature a very tiny penis.

I’m not laughing. I am a life-long recovering bulimic with body-image issues that I fight daily. Every pot shot I see directed at Trump in my social media timelines makes me cringe. I’m in the minority. I don’t buy the argument that Trump led us to nude statues of himself by bringing up the size of his hands and penis in Republican debates.

The statues, placed by the anarchist collective, Indecline, were created by an artist who goes by the name of Ginger. The artist, who has physically and mentally disabled family members, said that the final straw for him was Trump making fun of a disabled New York Times reporter. I have heard similar arguments from a lot of very nice people. Trump opened the door. Headlines referring to Trump’s bullying tactics are a dime a dozen. Turnabout is fair play, people say.

Here’s the thing: it’s not. Shaming Trump as a response to the many offensive comments cited in the media since he announced his run for President doesn’t make us better than him. It puts us on the very same level. Turning the abuser into the victim just makes you the new abuser. I know it’s supposed to be about taking back power, but at what cost? Is it worth lowering ourselves to the same level as the man who is so often called out for inciting hate? Two wrongs will never make a right, no matter how hard we try to justify our actions and words.

Do we fight hate with more hate? Do we teach our children that body-shaming others is always wrong, except when it’s right because we deem it to be so? Do we forget that it’s wrong when Trump fat-shames former Miss Universe, Alicia Machado, for putting on a few pounds by turning the tables and publicly humiliating him with a grotesque naked likenesses?

Body-shaming is always wrong. Not just when you think it is. 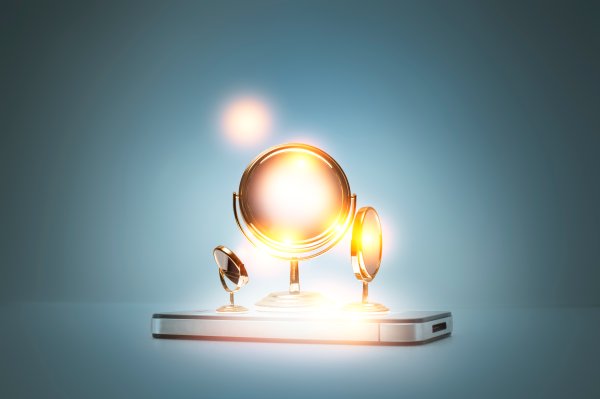 How Social Media Is a Toxic Mirror
Next Up: Editor's Pick