They’ve put in the hard work. Now it’s time for Simone Biles, Aly Raisman, and the rest of the Final Five superstar Olympic gymnasts to reap the rewards of their gold-medal success. First priority? They’re going to fit in some hard-earned time off. Biles told ABC News that they’ll go on “a couple” vacations. And there’s one place that’s already on their list.

“We all want to go to Belize together and then after that, we’ll probably do family vacations,” she said. Belize isn’t a random choice; Biles is actually a dual citizen of the U.S. and the small Central American country, and has visited many times before. But the Belize Tourism Board went above and beyond during this Olympics, offering to host the whole group after the Games.

To which Biles responded in fashion:

They won’t be out of the public eye for long. As the new faces plastered on Kellogg’s cereal boxes, they’ll have a joint Kellogg’s tour and victory lap to take for the next year. Biles said that Raisman — who’s been through this before with fellow ‘Fierce Five’ veteran Gabby Douglas — has told her to expect to be “really busy.”

“We’re just going to enjoy the time because like Aly keeps telling us we deserve it,” Biles said. Here’s hoping they get a chance for some more internet-breaking meet-ups with their extended squad of celebrity BFFs and fans, too. 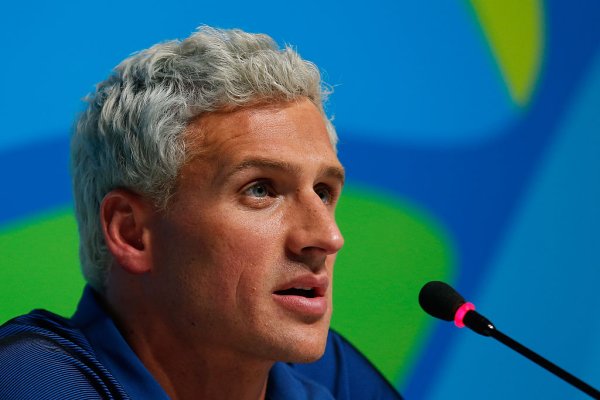 Ryan Lochte Sorry for Behavior at Rio Olympics
Next Up: Editor's Pick