Ideas
By Chris Voss
Chris Voss is a former lead international kidnapping negotiator for the FBI, founder and CEO of The Black Swan Group and author of Never Split the Difference.

It’s not human nature to embrace the unknown. It scares us. When we are confronted by it, we ignore it, we run away or we label it in ways that allow us to dismiss it. In negotiations, that label most often takes the form of the statement: “They’re crazy!”

Sounds like Democrats talking about Republicans, doesn’t it? Or Tea Party supporters talking about Hillary Clinton supporters? Or these days, really anyone talking about members of another party, or even another wing of their own party. No one is immune to “They’re crazy!” You can see it rear its head in every kind of negotiation, from parenting to congressional deal making to corporate bargaining.

These are several of the reasons I’ve been highly critical of some of the implementation of America’s hostage negotiation policy—which is that we don’t negotiate with those we refer broadly to as “the terrorists,” including groups from the Taliban to ISIS. The alternative we’ve chosen is to not understand their religion, their fanaticism and their perspectives. Instead of negotiations that don’t go well, we shrug our shoulders and say: “They’re crazy!”

I see that approach as absolutely wrongheaded. We must understand these things. Understanding is not agreement. It’s the best way to discover the other side’s susceptibilities and wants and thereby gain influence.

The moment when we’re most ready to throw our hands up and declare, “They’re crazy!” is often the best moment for discovering surprising truths that transform a negotiation. It is when we hear or see something that doesn’t make sense—something “crazy”—that a crucial fork in the road is presented: push forward, even more forcefully, into that which we initially can’t process; or take the other path, the one to guaranteed failure, in which we tell ourselves that negotiating was useless anyway.

Mistake 1: They Are Ill-Informed

Often the other side is acting on bad information, and when people have bad information they make bad choices. There’s a great computer industry term for this: GIGO—Garbage In, Garbage Out.

For example, the book tells the story of an employee who had been fired and then threatened a lawsuit, claiming he was owed $130,000 in commissions. Confused, the executive at the company turned to the company’s accountants. There he discovered the problem: the accounts had been a mess when the employee was fired but had since been put into order. With the clean information, the accountants assured the executive that in fact the employee owed the company $25,000.

Eager to avoid a lawsuit, the executive called the employee, explained the situation, and made an offer: if the employee dropped the lawsuit he could keep the $25,000. To his surprise, the employee said that he was going forward with the suit anyway; he acted irrational, “crazy.”

The problem was not craziness, but a lack of information and trust. The executive had an outside accounting firm audit the numbers and send the results to the employee. The result? The employee dropped the suit.

The clear point here is that people operating with incomplete information can appear crazy to those who have different information. Your job when faced with someone like this in a negotiation is to discover what they do not know and supply that information.

Mistake 2: They Are Constrained

In any negotiation where your counterpart is acting strange, there exists a distinct possibility that they have things they can’t do or reveal. Such constraints can make the sanest counterpart seem irrational. The other side might not be able to do something because of legal advice, or because of promises already made, or even to avoid setting a precedent.

Or they may just not have the power to close the deal.

That last situation is one that a client of mine faced as he was trying to land a client for his marketing firm. My client had been negotiating a deal for months, and it was getting on to November. He was petrified that if he didn’t close it before the calendar year ended he would have to wait for the company to set a new budget, and he might lose the client.

The problem was that his contact had suddenly stopped responding. This was superficially quite irrational because the contact had been responsive until then. There had to be some constraint.

With this knowledge in hand, we had our client dig deep. After a batch of phone calls and emails he tracked down someone who knew his contact. And it turned out we had been right: the contact’s division had been in chaos for weeks, and he had completely lost influence. Not surprisingly, he was embarrassed to admit it. That’s why he was avoiding my client.

Knowing these constraints can help inform a way forward.

Mistake 3: They Have Other Interests

Your counterpart will often reject offers for reasons that have nothing to do with their merits.

For example, a client may put off buying your product so that their calendar year closes before the invoice hits, increasing his chance for a promotion. Or an employee might quit in the middle of a career-making project, just before bonus season, because he or she has learned that colleagues are making more money. For that employee, fairness is as much an interest as money.

Whatever the specifics of the situation, these people are not acting irrationally. They are simply complying with needs and desires that you don’t yet understand. Your job is to bring these reasons to light.

When you recognize that your counterpart is not irrational, but simply ill-informed, constrained, or obeying interests that you do not yet know, your field of movement greatly expands. And that allows you to negotiate—and make political arguments—much more effectively. 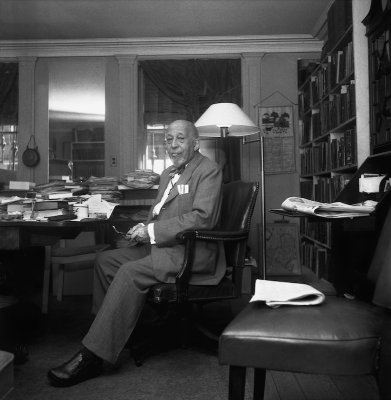 The W.E.B. Du Bois Argument for Not Voting in a 'Phony Election'
Next Up: Editor's Pick