The Most Spectacular Photos of the Rio Olympics

By Myles Little and Chelsea Matiash

We are awash in Olympic images.

With practically half the globe watching Rio’s Olympic Games, it’s not surprising that news agencies would dispatch their best photographers and videographers to Brazil to capture the world’s best athletes.

The Associated Press alone sent 61 photographers to cover the Games, and they’re filing an average of 3,500 photos a day. Getty Images sent 45 photographers who have shot over a million images so far.

The AP tells TIME it’s been using robotic cameras since the London Olympics, but the ones they deployed in Rio have “changed dramatically” and can be operated via joystick from any location, says Denis Paquin, the agency’s Deputy Director of Photography. The AP also uses underwater cameras that beam back images instantaneously. “A far cry from the days back at the Athens Olympics [in 2004] when we had to dive into the pool to retrieve the camera and images after every session,” he adds.

Getty has used 62 miles of fiber optic cable to link its photographers on the field to the main Olympics press center where a team of editors sifts through the countless images in record time. “This enables a picture to be transferred from the field of play to the dedicated site in as little as 120 seconds,” says Ken Mainardis, Vice President of Sports at Getty. “Usain Bolt’s 100m final picture made it in a record 59 seconds.”

But this year, Getty has also gone beyond still imagery, equipping all of its photographers with 360-degree cameras to create immersive panoramas of the Games’ key locations and events – allowing people from around the world to experience Rio as if they were there. 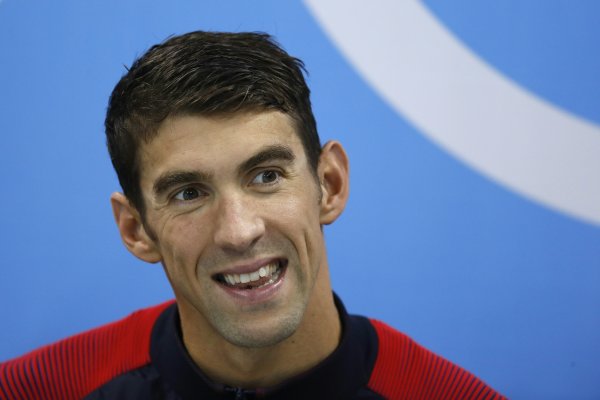 Michael Phelps Has Been Retired for Only 1 Day And He's Already Back in the Pool
Next Up: Editor's Pick