Justice Department Will Stop the Use of Private Prisons

The U.S. Justice Department will stop using private prisons after concluding that they do not have the same level of safety or quality as penitentiaries run by the Bureau of Prisons.

Deputy Attorney General Sally Yates sent a memo on Thursday that said officials must not renew — or at least must significantly scale back — their contracts with private prisons. The move would cut back the country’s reliance on privately run prisons until they are out of service, the Washington Post reports.

Yates’ announcement follows on the heels of last week’s report from the department’s Inspector General that private prisons score far worse than public facilities in areas of safety and quality of life.

“[Private prisons] simply do not provide the same level of correctional services, programs, and resources; they do not save substantially on costs; and as noted in a recent report by the Department’s Office of Inspector General, they do not maintain the same level of safety and security,” wrote Yates in the Thursday memo.

Yates told the Post that the Bureau of Prisons system currently includes 13 private facilities that will all be due for contract renewals within five years. About 22,660 federal inmates resided in those private prisons in December, according to last week’s Inspector General report. Yates wrote in the memo that the Bureau of Prisons has already begun cutting back on renewing beds and will close three private prisons over the next year.

Yates cited the rapidly increasing prison population from 1980 as the reason the U.S. turned to private prisons to house roughly 15% of inmates, but said that the Bureau of Prisons is able to better accommodate the declining number of prisoners in America now.

Corrections Corporation of America, a leading company that owns private prisons, saw its stock plummet more than 20% by late Thursday morning, directly after the announcement. 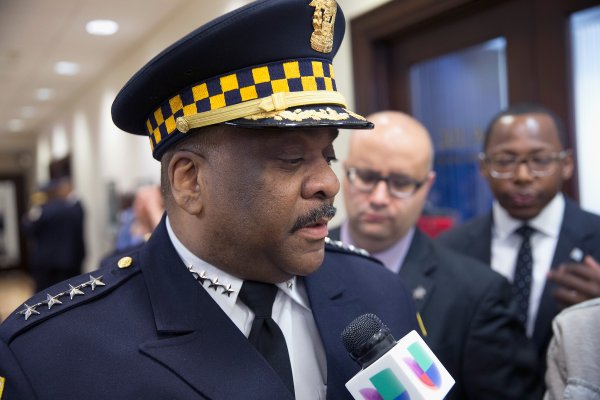 Chicago Will Fire Officers in Laquan McDonald Shooting
Next Up: Editor's Pick