There are many things in this world about which it is impossible to have the same black-and-white opinion your whole life. “Stances evolve,” politicians are wont to say when they flip-flop. And stances do evolve. I for one can admit to once finding Ryan Lochte very attractive, but then he might have made up some story about being mugged to keep from getting in trouble with his mom. Stances evolve. People flip-flop.

When I was a freshman in college my dormitory had rather sparse décor and no air-conditioning, and I would on occasion wish for the sort of dorm that young women always seem to have on TV. On Tuesday, Buzzfeed wrote a photo vehicle about preposterously luxurious dorm rooms at the University of Mississippi, about which the internet has feelings. An informal poll of our office reveals a nettle of complicated reactions, too. Opulently decorated dormitories are gross—lavish, indulgent cakes of American materialism (iced with a fetish for monogramming) on all too public display. But also, many of us want to go to there.

You really do have to see them. There are cream-lined satin headboard somewhat akin to the ones I imagine the Queen of England sleeps beneath, just smaller. There are, inexplicably, ottomans. That two roommates apparently coordinated all these flourishes so far in advance, everything matching at an indescribable level of matchiness, blows the mind.

Anyway, I was actually intrigued by the idea of these absurdly lavish rooms until I clicked on too many of them, and now I feel faintly nauseated the way I do when I eat too many donuts. I have been to the mountaintop, or at least seen it on Twitter, and it absolutely makes me cringe. Fetishizing stuff like this is a problem because it places a premium on certain kind of privilege, usually white, and it tells young women who are enrolling in college that if they want do the thing right, their stuff best be monogrammed. In real life, I would never have lasted in a dorm like this, and I’d probably be embarrassed by now if I had.

But unfortunately I can’t deny that in some alternate reality, my 18-year-old self would have been kinda into it, at least for the first few weeks, being swept up in the idea of being away at university and all. Stances evolve, and I know now that the romanticized version of college that rooms like this represent isn’t anything to aspire to. But they look like they at least have air conditioning. 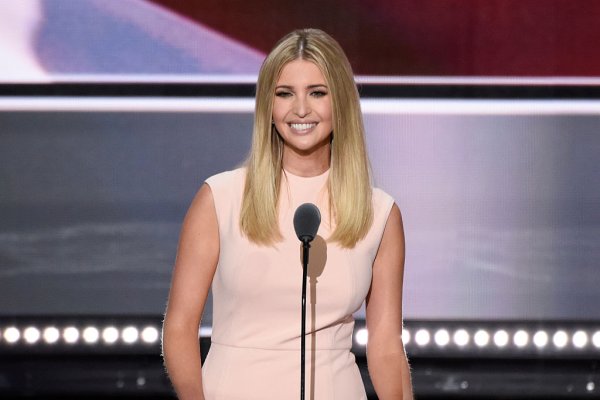 Ivanka Trump Got a Political Message With Her New Jewelry
Next Up: Editor's Pick